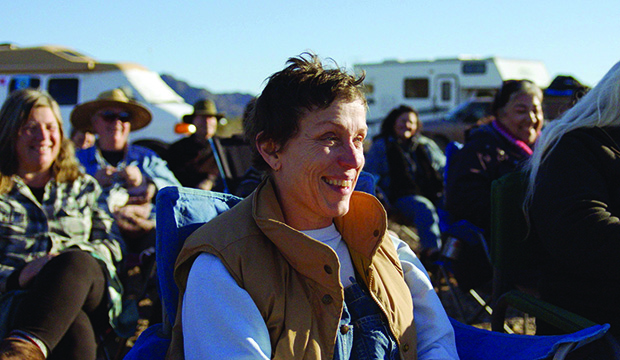 Here in the final stages of the 2021 Oscars season, several Academy Awards voters told Gold Derby who they voted for — and why. They asked us not to reveal their identities, but they were otherwise eager to share their views of the year’s best films. Now that voting has concluded, we’ll share a few with you. The comments below by Voter #3 for each category are part of the thought process in choosing these potential winners.

BEST PICTURE: “Nomadland”
In such a dark year, this one really stood out for me. Some of the others were hard to relate to personally, but this one felt the most real. Second place is “Judas and the Black Messiah.” Third place is “Minari.”

BEST DIRECTOR: Thomas Vinterberg (“Another Round”)
I know he probably will not win, but I’ve been championing this film and Vinterberg to so many friends to watch.

BEST ACTRESS: Andra Day (“The United States vs. Billie Holiday”)
What she did with this role was outstanding, with the drug abuse scenes and everything else. And all the singing on top of that.

BEST ACTOR: Anthony Hopkins (“The Father”)
I could relate the most with the subject matter but not so much with the other films. He offered us so much with scenes just in his chair or walking down the hallway while trying to figure out what was happening to him.

BEST SUPPORTING ACTRESS: Amanda Seyfried (“Mank”)
The movie wasn’t the greatest but her performance was. Sometimes that happens where an actor or actress shines more than the movie itself.

BEST SUPPORTING ACTOR: LaKeith Stanfield (“Judas and the Black Messiah”)
He was a great villain, and that’s not as easy to do as it sounds. I know Daniel is getting all of the awards, but my choice is his co-star.

BEST ADAPTED SCREENPLAY: Chloe Zhao (“Nomadland”)
I would like to see the piece that she adapted. This had a great structure and I know some improv, but everything turned out well on the script.

BEST ORIGINAL SCREENPLAY: Aaron Sorkin (“The Trial of the Chicago 7”)
He’s just the best at what he does. It’s a big courtroom piece with all of that great dialogue.