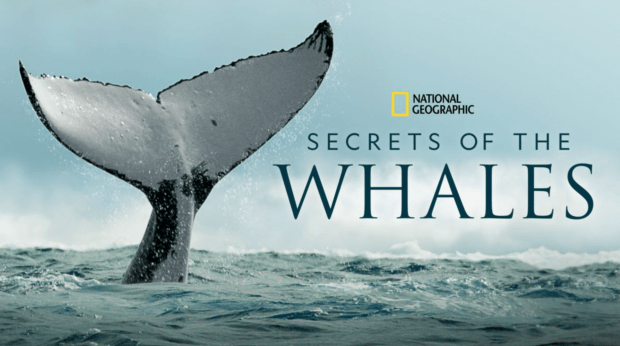 Renowned underwater photographer Brian Skerry was in for a big surprise when he went to document the rare behavior of orcas feeding on stingrays for the acclaimed Nat Geo/Disney+ series “Secrets of the Whales.” “Here comes this adult female with a stingray hanging out of her mouth,” he recalled during a recent American Cinematheque Zoom conversation with composer Raphaelle Thibaut and “Talk Nerdy” podcaster Cara Santa Maria. “My mind is on overload. I just want to get the shot.”

But he’s heartbroken when she drops the ray. “I’m like ‘Oh, no. I didn’t get it.’ So, I swim down to the bottom, the ray is laying on the bottom of the sandy sea floor. I’m just waiting and kneeling on the bottom. The whale comes out of my right side of my vision and then positions herself directly in front of me with the ray in between us. She’s looking at me and at the ray as if to say, ‘I’m giving this to you.”’ He spoke to executive producer James Cameron about the incident who told him, “’Well, Brian, so many cultures offer food as sort of a welcome. And you were a rude guest’ because I didn’t eat the ray. I felt bad about that.”

“Secrets of the Whales,” narrated by Sigourney Weaver and directed by Brian Armstrong and Andy Mitchell, was shot over three years in 24 locations. “Essentially from the equator and the Poles with five different species that we felt would give audiences a real sense of these animals cultures, their personalities, the things that they celebrate, the things that are important to them and hopefully insight into the ocean that we haven’t quite seen before,” said Skerry.

The four episodes explore Orcas, Humpbacks, Belugas, and Sperm whales, as well as Belugas unique relationship with the Narwhals. The Wall Street Journal describe it as “spectacular,” while the Chicago Sun Times’ Richard Roeper declared it “among the finest nature documentaries I’ve ever experienced.”

Thibaut was so taken with the astonishing footage of the whales she didn’t know if she could write music for the series. “When I saw the images for the first time I was like ‘I am never going to be able to top that because this is already music. This is already so beautiful. I am not going to top that.” She was shocked “in a good way” by the fact that whales are very much like humans. “I kind of knew that because I’ve always been fascinated by whales,” she noted,” but she didn’t know that they were so similar to us and how they are emotionally similar to us at so many levels as well. For example, this Orca mother literally carrying her dead calf for a day because she can’t let go. She mourns like we would do. I was a young mother back then-I related so much. “

The last big whale project Skerry did for Nat Geo was on the North Atlantic Right whale back in 2008. “Since then, I’d been interested in doing a multi-species story about whales. But the challenge for doing a multi-species story for me was what was the narrative going to be. How can I connect the dots?” So, he read the latest scientific papers, chatted with researcher friends, attended conferences “and I noticed this notion of culture, the fact that scientific literature was publishing the fact that whales were doing things differently in different parts of the world within a genetically identical species. This was described as culture.”

One researcher told him the best way to describe the difference between behavior and culture: “Behavior is what we do, culture is how we do it. So, most humans, for example, eat food with utensils. That is behavior. But whether you use chopsticks or knives, and forks is your culture. While whales are not using utensils, they are doing things differently within a given species.”

Skerry is very much the human star of “Secrets of the Whales” as he swims with the mammals. While he takes still photographs, he didn’t provide the astonishing cinematography “My role was a producer on the series,” he said. “I was in most of the locations working with the camera team that Red Rock Productions, who was hired to do the production work, brought in. We would go to the locations, many of which I had researched in advance to tell this story. “

Skerry said he wouldn’t get his photographs if the whales refused to let him into their world. “I don’t have the luxury that a terrestrial photographer has,” he explained. “I can’t sit in a camouflage blind for a month at a time and use a 600-millimeter lens. I’m holding my breath. I’m free diving. I’m not even using scuba. I don’t want to scare the whales. It’s just a mask, snorkeling fins, and a wetsuit. With whales, inevitably, if you spend enough time they allow you into their world and you get to witness these cultural aspects. You see their families, you see the tenderness between moms and calves or family dynamics.”

'Encanto' soundtrack: Yep, still number-one on Billboard chart, but 'Bruno' knocked off his…

Can an animated feature FINALLY win more than 2 Oscars? 'Encanto' or 'Flee' could