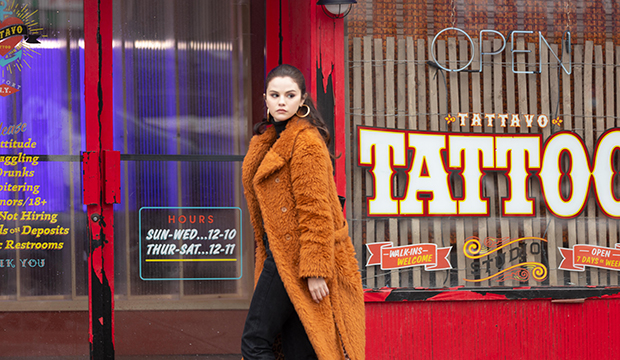 Hulu’s “Only Murders in the Building” is reportedly the streaming service’s most-watched comedy series ever. Although we have no numbers to support this claim, it’s easy enough to believe it. The murder mystery, which stars Steve Martin and Martin Short alongside Selena Gomez, was one of the buzziest shows of the fall, appealing to audiences of all ages. The 10-episode first season trades on the popularity of true crime podcasts and humanity’s bizarre obsession with murder to tell a fun, twisty story about an unlikely trio of strangers coming together to solve a murder that occurs in their swanky New York City apartment building and record their own podcast along the way.

The series is exceptionally funny, filled with winks and nods without becoming a full-on spoof, all while playing to each of its stars’ strengths. But while Martin and Short are sitting pretty in second and third place in the odds for comedy actor at the Screen Actors Guild Awards, Gomez recently slipped to sixth place in Gold Derby’s combined odds for comedy actress. She now sits behind Jean Smart (“Hacks”), Hannah Waddingham (“Ted Lasso”), Elle Fanning (“The Great”), Sandra Oh (“The Chair”) and Issa Rae (“Insecure”). But you shouldn’t count Gomez out just yet.

Not only does she hold her own against bona fide comedy legends, but she nails the straight woman routine with ease. As Mabel, the only person who knew the recently deceased, she’s a stabilizing force in the show, providing just enough mystery and drama to the proceedings that she acts more like the third leg of a tripod rather than an unnecessary third wheel. While some viewers might have written her off as a former Disney star, Gomez’s performance proves she’s obviously much more than that. However, beyond what she does onscreen, there are a few practical reasons she could easily snag a SAG Award nomination as well.

While recent Emmy winners Smart and Waddingham are sure things at this point, the rest of the field is a little less certain. Despite praise for Fanning’s turn in Hulu’s period comedy “The Great,” the actress was snubbed last year for the show’s freshman season. While that doesn’t mean she’ll be left watching from the sidelines again this year — voters often jump aboard shows beginning in Season 2 or even Season 3 — it does make us a bit cautious regarding her chances this year, especially since the show’s second season drops Nov. 19. However, Fanning’s co-star Nicholas Hoult managed to break into the comedy actor race last year, while the cast itself was nominated for comedy ensemble, so this ultimately works in her favor this year.

This means we likely have two slots where Gomez could potentially slip in. As much as it pains us to say it, Netflix’s academia-themed “The Chair” — in which Oh plays the newly named chair of the English department at a prestigious university — came and went with little fanfare over the summer. This doesn’t bode well for the actress despite the fact she is already the recipient of multiple SAG Awards for her work on “Grey’s Anatomy,” “Killing Eve” and as part of the ensemble cast of “Sideways” (2004). Her one advantage is that “The Chair” is on Netflix, SAG-AFTRA’s favorite streaming service. Meanwhile, Rae has never been nominated for her excellent work on the HBO comedy she co-created, “Insecure.” The series, now in its final season, doesn’t seem to be on the radar of SAG voters at all (it’s had much better success at the Emmys and Golden Globes). A belated nom to play catch-up is not out of the question — it wouldn’t be the first time it happened — but we also wouldn’t be surprised if SAG voters remained oblivious to both Rae and “Insecure” this year as well given how little buzz it seems to be generating.

None of this is to say that Oh and Rae aren’t deserving of recognition, of course. But when you look at Gomez’s work as Mabel and the popularity of “Only Murders in the Building,” which just wrapped its first season in October, you simply can’t count her out just yet. The show remains at the forefront of voters’ minds as we head into nomination voting in December. Plus, the support for her co-stars could work in her favor and allow her to get swept up as well. Basically, the clues are all there… if you’re willing to look for them.