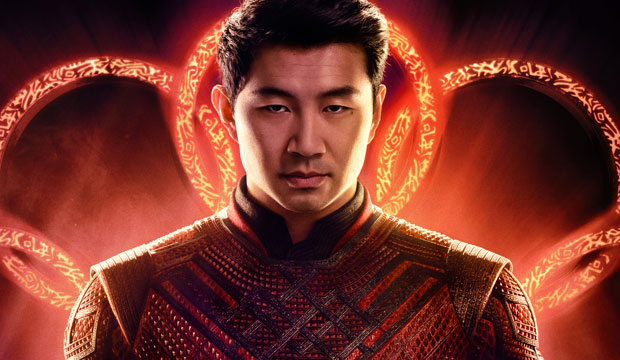 “Shang-Chi and the Legend of the Ten Rings” opened September 3 as the first Marvel Cinematic Universe movie with an Asian hero (the MCU has previously been criticized for whitewashing Asian culture). It comes on the heels of increasing commercial (“Crazy Rich Asians“) and industry recognition (“Parasite,” “Minari“) for Asian and Asian-American stories, but it nevertheless represents new territory for this superhero universe. How are critics greeting this 25th film in the sprawling comic-book franchise?

SEEBox office predictions: Just how massive will ‘Shang-Chi and the Legend of the Ten Rings’ be for Marvel?

As of this writing the film has a score of 71 on MetaCritic based on 44 reviews counted thus far: 35 positive, seven mixed, and two that are outright negative. Over on Rotten Tomatoes, which classifies reviews simply as positive or negative without MC’s nuanced gradations, the film is 92% fresh based on 206 reviews, only 16 of which are counted as rotten. That disparity in scores is common for the MCU, indicating a film that most critics like but aren’t deeply passionate about. Indeed, the RT critics’ consensus sums up the reviews by saying, “‘Shang-Chi and the Legend of the Ten Rings’ isn’t entirely free of Marvel’s familiar formula, but this exciting origin story expands the MCU in more ways than one.”

The film tells the story of the title character (played by Simu Liu), who confronts his past when he’s drawn into the Ten Rings organization. In telling that story, reviewers say it offers “a delightful melange of genres and influences” and “breathtaking” fight scenes. Despite carrying “the weight of expectations” for its representation of an Asian hero, the cast and crew (including director and co-writer Destin Daniel Cretton) “wear that burden with such lightness.” It’s “fun to watch,” though others argue it only provides “pale imitations of its influences.”

Much of the praise has been reserved for Tony Leung, the legendary Hong Kong actor known for films including 2000’s “In the Mood for Love,” 2002’s “Hero,” and 2007’s “Lust, Caution.” The film is “elevated” by his supporting performance as The Mandarin, the film’s villain. He “moves through the frame with impossible grace,” making his “fully realized supervillain” just as important to the film as Liu as its hero. Check out some of the reviews below, and join the discussion on this and more with your fellow movie fans here in our forums.

Shirley Li (The Atlantic): “To tell the family’s long, tumultuous tale, the film skips through time and hops across worlds, offering a delightful melange of genres and influences. Sometimes ‘Shang-Chi’ is a straightforward martial-arts drama, all fistfights and meticulous choreography. Other times it’s a high-fantasy epic, full of stunning scenery and complex lore.”

Cliff Lee (The Globe and Mail): “‘Shang-Chi and the Legend of the Ten Rings’ carries with it the weight of expectation in presenting the first Asian superhero (and equally important, fully realized supervillain) in the Marvel Cinematic Universe. But the cast and crew, from director Destin Daniel Cretton to overnight Canadian superstar Simu Liu to Hong Kong legend Tony Leung, wear that burden with such lightness. ‘Shang-Chi’ is a first, but it’s firstly fun to watch.”

Justin Chang (Los Angeles Times): “Leung is one of those performers who moves through the frame with impossible grace and sometimes doesn’t move at all; if there are other actors who can express more by doing less, who can so magnetize the camera with a flicker of an eyebrow, they aren’t coming to mind … Casting Leung amounts to an ingenious feat of reclamation: This Mandarin is not just a villain reborn but also a prismatic summation of the actor’s remarkable (and until now, Hollywood blockbuster-free) career.”

Hoai-Tran Bui (Slash Film): “‘Shang-Chi’s’ fight scenes are breathtaking … But while ‘Shang-Chi’ does manage to escape the shadow of Bruce Lee (mostly by shedding the ’70s martial-arts exploitation genre entirely, which feels like a missed opportunity), it still only manages pale imitations of its influences … It is elevated by the strength of its hard-hitting fight scenes and the supporting performers — especially the Tony Leung of it all.”