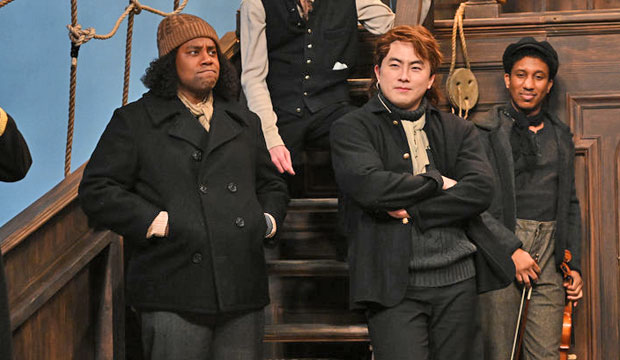 There’s a good chance “Saturday Night Live” will win the Emmy for Best Comedy Supporting Actor, according to the combined predictions of Gold Derby users. It’s just a question of which actor from the show will win. As of this writing Kenan Thompson and Bowen Yang are tied as front-runners with 5/1 odds. Who do you think has the edge?

Thompson has support from 10 of the Expert journalists we’ve polled, more than the six who say Yang will prevail. And there’s good reason to believe Thompson will win. He’s the longest-tenured “SNL” cast member of all time, having now been on the show for a whopping 18 seasons. This is only his third nomination for Best Comedy Supporting Actor following his bids in 2018 and 2020, but while he hasn’t won here yet, he is already an Emmy winner for co-writing the “SNL” original song “Come Back, Barack” in 2018. And this year he has a rare second acting nomination for another regular series role: Best Comedy Actor for “Kenan.” That shows he has especially strong support from the television academy actors branch this year.

But Yang has become one of “SNL’s” fastest rising stars, earning this nom after just two seasons as a featured player on the show, and he’s backed by 12 of our Top 24 Users who got the highest scores predicting last year’s Emmy winners, compared to eight who are betting on Thompson. He also has the advantage according to six of Gold Derby’s Editors who cover awards year-round (four Editors are picking Thompson). So this race is still wide open, especially with “Ted Lasso” standout Brett Goldstein well-positioned to upset both of them (he ranks third with 11/2 odds).