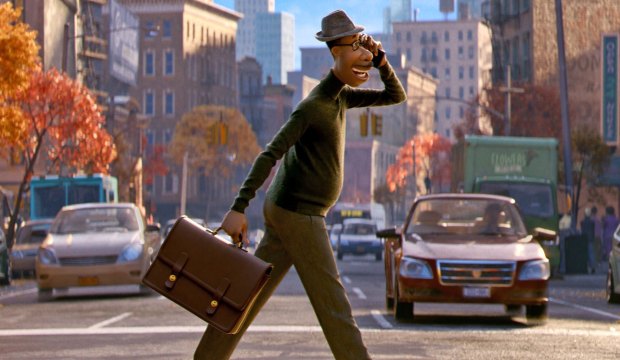 We’re not big on saying “told you so,” but we told you not to bet against Pixar at the Oscars, and we were right. The popular computer animation studio, which has received 15 nominations for Best Animated Feature since the inception of the category 19 years ago, took home another Oscar in the category when “Soul” triumphed over the competition during Sunday’s 93rd Academy Awards.

The film, which is Pixar’s first to feature a Black protagonist, was sitting in first place in Gold Derby’s combined odds heading into the ceremony. With 27 Experts predicting it to win, the movie had 3/1 odds of taking home the award and was miles ahead of the rest of the pack, which also included “Onward,” another Pixar film that was released right before the pandemic shut down theaters around the world. Rounding out the rest of the category were “Wolfwalkers,” “Over the Moon” and “Shaun the Sheep Movie: Farmaggedon.”

This win also marks the third animated feature Oscar for director and producer Pete Docter, who previously won for the emotional Pixar films “Up” and “Inside Out.” He is the only person in history to have won the award three times, though five people have managed to win it twice. They are Brad Bird (“The Incredibles” and “Ratatouille”), Jonas Rivera (“Inside Out” and “Toy Story 4”), Andrew Stanton (“Finding Nemo” and “WALL-E”) and Lee Unkrich (“Toy Story 3” and “Coco”). None of the others were nominated this year, and Docter is the only person to have been nominated four times in the category (he was previously nominated for 2001’s “Monsters, Inc.”).