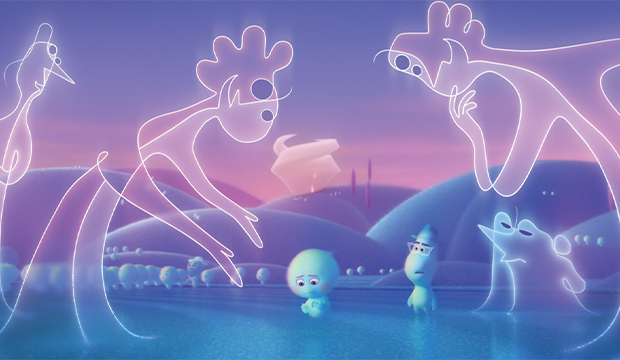 Usually a director whose last (and only) three films were critically hailed box office smashes would be considered overdue for a directing Oscar nomination. Especially if one of their past flicks has been in the Best Picture category. When their latest film, again, earns stellar praise from critics, you’d think they could be one of the Best Director frontrunners. If not a frontrunner, then a contender. If not a contender, then at least in the conversation. But Pete Docter (“Soul”) will likely be left off the director’s nomination list again this year, with little outrage. His only crime? Being a director of animated features.

Docter is the director of Pixar’s “Soul,” which tells the story of a high school music teacher who has to come to terms with the end of his life. The director is well aware of the various perceptions that animated films have to overcome. As he explained to Gold Derby, “Animation is stuck in a certain place in people’s minds, for no reason. You don’t go to the museum and go, ‘Oh oil paintings, those are for kids.’ Animation can really do anything. For those of us who lucky enough to be in the place of making films, I feel like that is kind of our responsibility. To stretch the boundaries and ask more of what we are doing.”

While cinema closures prevented a box office metric for “Soul,” Nielsen reported that viewers spent 1.7 billion minutes watching the film on its opening weekend. It was the most streamed title for that week, clearly reaching a level of success with audiences that most Oscar contenders dream of. It was another critical darling for Docter, with an 83 on Metacritc and 95 on Rotten Tomatoes. To put that in perspective, there are currently eight directors that Gold Derby gives better than 100/1 odds. Of those films, only “Nomadland,” “Minari” and “The Father” have a higher Metacrtic scores than “Soul.” And just “The Father” and “One Night in Miami” score higher on Tomatoes.

Docter was Pixar studio’s third animation hire and now serves as CCO. He helped write the first fully computer animated feature “Toy Story” for the studio. This earned him an Oscar nomination for Best Original Screenplay in 1995. His feature directorial debut was “Monster’s Inc” which was one of three films nominated for the inaugural Best Animated Feature Oscar in 2001 (losing to “Shrek”). His next feature, “Up” (2009), not only went on to win Best Animated Feature Oscar, but was the second animated film to ever be nominated for Best Picture at the Oscars. His third film, “Inside Out” (2015), won Best Animated Feature as well.

Docter’s past films averaged more than $300 million at the box office each. There was also widespread critical acclaim. His films’ Metacritic average is 86 and Tomatoes average is 97. It is worth noting that the average for all Pixar films on Metacritic is 80 and on Tomatoes is 90 (83 and 92 respectively if you discount sequels). It’s no coincidence that Docter’s films’ are some of the celebrated studio’s most acclaimed films.

This has also been recognized by the academy. His three previous films have scored 11 Oscar nominations. He’s directed less than 15% of their films, but those films have received more than 20% of the studio’s Oscar bids. And all of his films reaped nominations outside of the Animated Feature race, including his own personal screenplay noms for “Up” and “Inside Out.” One only hopes the writers continue their good judgement by including “Soul” in this year’s line-up.

Sure, there’s an Animated Feature category where “Soul” will likely win. But a Best International Feature category did not stop Alfonso Cuarón (“Roma”) and Bong Joon Ho (“Parasite”) being nominated (and winning) Best Director over the past two years.

You could make a pretty good case for why Docter has been the most successful film director of the past 20 years. Audience, critical and industry acclaim for all his films, which in themselves are iconic. Despite this, he does not have the household name status of successful live action directors. And the Academy’s director branch does not appear to have an appetite for animation. Because if they did, there would be no one more deserving of the history making honor than Pete Docter.