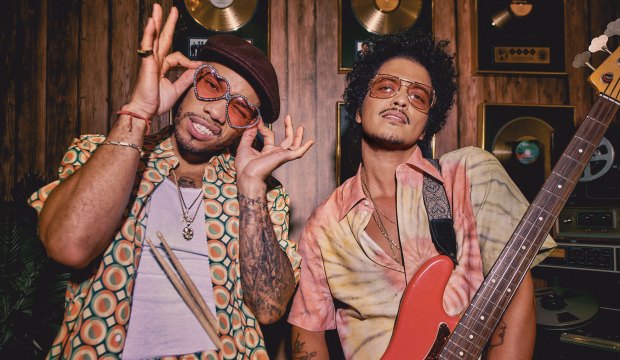 The Soul Train Music Awards honor the best in R&B and hip-hop, being one of the few peer-voted awards left in music besides the Grammys, CMAs, and ACMs. The awards have a significant correlation with the Grammys when it comes to R&B categories, with most of the Album of the Year winners at the Soul Trains going on to win with the recording academy. In such a competitive year for R&B due to the likes of H.E.R., Jazmine Sullivan, Silk Sonic, and Giveon, let’s take a look at who is likely to win at the ceremony airing on BET and VH1 on Sunday, November 28.

Album of the Year is the most prestigious award, and for good reason. Past winners include R&B classics of the past decade like Beyoncé’s “Lemonade,” Frank Ocean’s “Channel Orange,” and Bruno Mars’s “24k Magic.” This year the race will likely be between three female artists: H.E.R. for “Back of My Mind,” Jazmine Sullivan for “Heaux Tales,” and Doja Cat for her massive hit “Planet Her.” One might go with Doja Cat just based on sales, but plenty of big albums have lost this award. Furthermore, Doja Cat doesn’t have many more nominations, and she’s probably seen as too much of a pop artist here.

Jazmine Sullivan will likely pick this one up for “Heaux Tales,” which has not only enjoyed major success in the R&B sphere, but has also earned her a lot of other acclaim and accolades, such as the BET Award for Album of the Year. However, when it comes to awards, one should never underestimate H.E.R., especially after her streak this year with two Grammys in the spring, an Oscar, and eight more Grammy nominations, so watch out for an upset.

SEEGrammy nominations: Olivia Rodrigo is rare artist nominated in all 4 general field categories … and so is Finneas

This award is also pivotal, with winners like Solange’s “Cranes in the Sky” and H.E.R.’s “I Can’t Breathe” going on to win at the Grammys. Tank’s “Can’t Let It Show” might be out by default given the steep competition, and while H.E.R. and Chris Brown’s “Come Through” did well on R&B radio, it’s not her biggest push this year.

Out of Wizkid and Tems‘s “Essence,” Silk Sonic’s “Leave the Door Open,” H.E.R.’s “Damage,” and Sullivan’s “Pick Up Your Feelings,” it’s an open race. The first two were big crossover hits, and the latter two might connect more with R&B insiders and ride the hype for their artists. My bet here, though, is going to be “Leave the Door Open.” Voters might not be able to resist the song’s infectious lyrics, and the combination of Oscar-winning co-writer D’Mile with Anderson Paak and Bruno Mars might be too hard to resist. Still, don’t be shocked if any of those four wins.

Since this award is based more on performance than on songwriting, “Essence” — which is the most recent hit — might have the upper hand here. That said, the four Songwriter’s Award front-runners mentioned above are all in competition here. I’d say “Damage” might upset in case of an “Essence” loss, while Sullivan could easily sweep if the hype for her is truly there following the BET Awards. But Wizkid got a lot of love this year, and it’d be a shame if voters let him go empty-handed, so a win here might be the best way to honor this massive hit.

With all due respect to the other nominees, this category seems like an obvious showdown between Tems and Blxst. The latter might have the upper hand, getting surprise noms for Album of the Year (“No Love Lost”) and Song of the Year (“Chosen”), as well as earning a nomination Best R&B/Soul Male Artist. However, Tems has had a big year with “Essence,” and a lot of voters might love her Afrobeats fusion and want to honor it with a win here. I’ll go with Blxst as the safe pick, with Tems as a possible upset, and Young Bleu as a distant dark horse.

Blxst, Chris Brown, and Giveon lead here. While Blxst has had a good year, he’s probably not as crossover-appealing as the other two, so he could be an underdog. As for the two front-runners, my bet is on Giveon. His hit “Heartbreak Anniversary” has been a fixture on the charts throughout 2021 and especially in R&B. Plus he was also featured on Justin Bieber’s “Peaches” alongside Daniel Caesar. Besides that, voters might want to switch it up this year instead of giving Brown a repeat win, especially since Brown hasn’t really done much besides the single “Go Crazy,” which they honored last year.

Alicia Keys and Jhene Aiko are just along for the ride here. SZA, while having a big year with her single “Good Days,” might have peaked too early in the year and hasn’t really done much in the R&B world besides that; her win could come in the collaboration category for “Kiss Me More” with Doja Cat. This leaves the three AOTY front-runners: Doja Cat, Jazmine Sullivan, and H.E.R.

I will give H.E.R. the slight edge here. Soul Train voters do like spreading the wealth, so it’s possible that whoever loses AOTY wins here. Besides that, H.E.R. has had a pretty strong year beyond her album “Back of My Mind,” so it would make sense to award her here, not to mention the fact that she ruled the nominations with a leading eight bids.

Normani fans rejoice — a win here for “Wild Side” featuring Cardi B is more than likely for her. The other nominated videos are fine, and Silk Sonic are awards magnets so they could upset. But “Wild Side” is so easily the best video here, with stellar cinematography, impressive choreography, and myriad amazing looks from Normani, that a loss here for her would be a huge snub. The song also recently peaked on urban radio, so voters know it very well and might vote for it here since it didn’t get any nominations in the song categories.