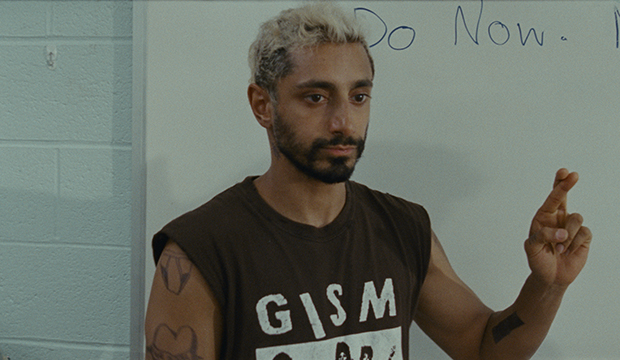 “Sound of Metal” had long been the frontrunner to be nominated for Best Sound at the Oscars, and this prediction proved correct in Monday’s Oscar nominations announcement. Early odds forecast a win for sound designers Nicolas Becker, Jaime Baksht, Michelle Coutollenc, Carlos Cortes and Philip Bladh in the category, which was just combined this year after decades of being split up into Best Sound Editing and Best Sound Mixing.

The entirety of “Sound of Metal” is a showcase for their work as it charts the journey of a heavy metal drummer (Best Actor nominee Riz Ahmed) who suddenly loses his hearing. The sound design is intricately crafted to recreate the experience of a hearing person who is deafened, allowing us to sense the vibrations and understand how he is experiencing the world each step of the way.

There is one other factor that might just give the “Sound of Metal” team an even bigger advantage: the film’s title itself. In academy history, only two other movies with the word “sound” in the title have been nominated in this category: “Breaking the Sound Barrier” in 1952 and “The Sound of Music” in 1965. Both films would ultimately win the Oscar. A somewhat similar recent example is the costume-centric “Phantom Thread” (2017) winning Best Costume Design. Considering how much the Oscars love to reward the showiest craftwork in a given category, one could imagine a voter subconsciously being drawn to pick “Sound of Metal” considering its title, even those who haven’t watched the nominated movies.

The sound team has yet to lose any awards they’ve been nominated for so far, with no other film coming close to their level of acclaim. The next stop is the Motion Picture Sound Editors’ Golden Reel Awards on April 16, where it is nominated in three categories, followed by the Cinema Audio Society Awards the following day. Unless “Sound of Metal” loses at one of those guild awards, it should be smooth sailing heading into the Oscars.