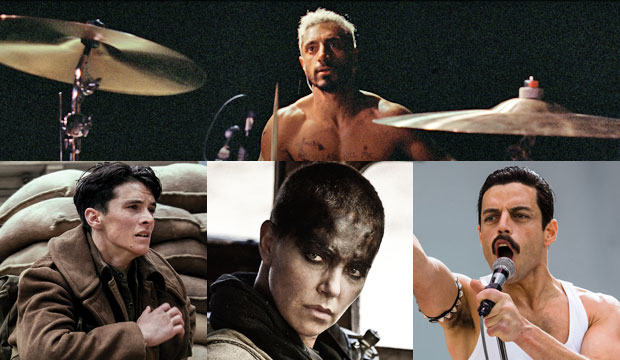 Then there are music-driven films where sound is crucially important, but where editing also brings those rhythms into the storytelling. Those include “Chicago” (2002), “Whiplash” (2014) and “Bohemian Rhapsody” (2018). That leaves just one outlier this century thus far: “Slumdog Millionaire” (2008) won sound mixing and editing awards, but while it wasn’t an action movie and its story wasn’t about music, the film’s musicality was a big part of its appeal (its score and original song “Jai Ho” also won Oscars), so you could argue that it belongs in this latter category.

According to the combined predictions of Gold Derby users as of this writing, “Sound of Metal” is the front-runner for both Best Film Editing and Best Sound. The sound award seems like the safer bet since the film about a heavy metal drummer who loses his hearing uses its sound design as a central element of the story, conveying the disconcerting experience of sudden deafness. But it has been putting pressure on “The Trial of the Chicago 7” for Best Film Editing too. The two films tied for that prize at the Critics Choice Awards, and both are nominated at the ACE Eddie Awards.

What might give “Sound of Metal” the crucial advantage in Film Editing, though, is that “Chicago 7” isn’t nominated for Best Sound. Every editing winner in the last 13 years has at least been nominated for a sound award. The last editing winner without a corresponding sound bid was “The Departed” (2006). This year “Sound of Metal” is the only film nominated in both categories, which may be a decisive advantage.