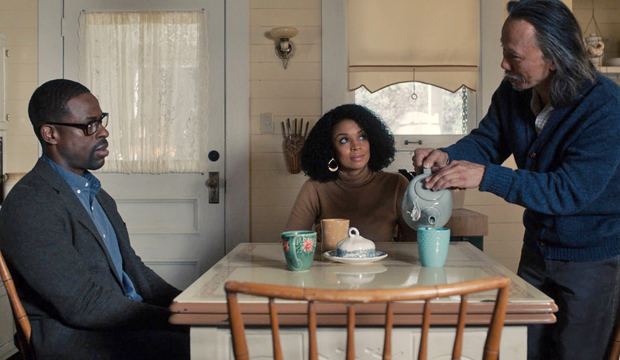 When the 2021 Emmys nominations are announced on July 13, don’t be surprised when Sterling K. Brown receives his fifth consecutive bid for “This Is Us” (and his eighth overall). Brown has been an Emmy magnet ever since he broke onto the awards scene with 2016’s limited series “The People v. O.J. Simpson.” He won that supporting race, then took home a lead Emmy the following year for playing Randall Pearson on NBC’s family drama. SKB earned two additional bids for his comedy stylings in “Brooklyn Nine-Nine” (guest, 2018) and “The Marvelous Mrs. Maisel” (supporting, 2020). It was recently announced that “This Is Us” is ending in 2022 with Season 6.

Brown has been earning major awards buzz thanks to “This Is Us'” heralded “Birth Mother” episode, which aired January 12 as a part of the current Covid-19-impacted fifth season. Written by Eboni Freeman & Kay Oyegun and directed by Oyegun, the episode was a culmination of an entire season’s worth of set-up, as Randall finally learned the truth about his birth mother Laurel, played by Jennifer C. Holmes (younger version) and Angela Gibbs (older version). Laurel’s long-lost love Hai (Vien Hong) told Laurel’s entire story to Randall and Beth (Susan Kelechi Watson), including why she never contacted Randall when he was growing up and how she died of cancer a few years earlier.

The emotional hour ended with Randall stripping off his clothes and wading into the lake, where he spoke to the spirit of his birth mother and finally let go of all of his pain. Unsurprisingly, “Birth Mother” has a high IMDb rating of 9/10 from fans. As for critics, TVLine called the episode “heartbreaking,” while Eonline raved it was a “devastating backstory, and we can’t help but love it too.”

“This Is Us” is one of the rare dramas eligible to return to this year’s Emmys. Thanks in part to the Covid-19 pandemic, other former nominees and winners like “Succession,” “Better Call Saul,” “Killing Eve,” “Ozark,” “Stranger Things” and “Westworld” didn’t air any new episodes within the 2020-21 eligibility period. Similarly, some of the comedies not returning this year are “Schitt’s Creek,” “Curb Your Enthusiasm,” “Dead to Me,” “The Good Place,” “Insecure,” “The Marvelous Mrs. Maisel” and “What We Do in the Shadows.” Talk about an Emmys shakeup!