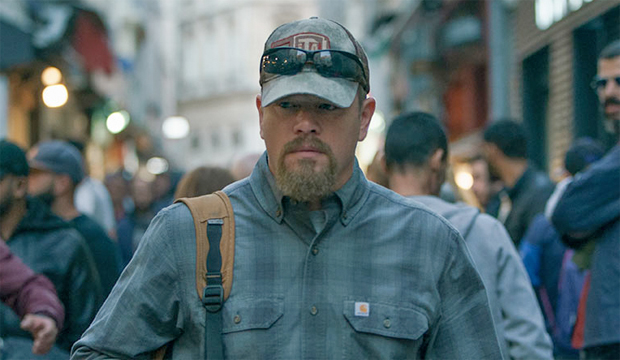 Tom McCarthy, who co-wrote and directed the 2016 Best Picture winner, “Spotlight,” returns to the world of thrillers inspired by real-life events with the Focus Features film “Stillwater.” Matt Damon portrays Bill Baker, a down-on-his-luck Oklahoma roughneck whose daughter Allison (Abigail Breslin) has been convicted of murdering her girlfriend and is now serving her sentence in a Marseilles jail. Seeing a chance to be a better father, Bill flies to France to try to prove his daughter’s innocence, but trying to get to the truth in a country whose language and culture he does not understand proves to be far more challenging than he ever expected.

“Stillwater” premiered to largely favorable reviews, earning a 74% fresh rating on Rotten Tomatoes as well as a 72% favorable score from audiences on the review aggregator and a solid 60 rating on Metacritic. David Rooney of The Hollywood Reporter hails the “grace and heart” of McCarthy’s film, and Variety calls “Stillwater””an absolutely brilliant thriller.” Damon was celebrated by Pete Hammond of Deadline as being “at the top of his game,” while Justin Chang of The Los Angeles Times finds “Stillwater” to be “surprising,” adding that “the movie effectively merges the patient investigative rigor of McCarthy’s Oscar-winning newsroom drama ‘Spotlight’ and the cross-cultural humanism of his earlier film ‘The Visitor.’ Put another way, it’s a somber crime thriller wrapped around a sly fish-out-of-water comedy.”

Oscars are no strangers to “Stillwater’s” cast and crew. In addition to the Oscar he won for co-writing “Spotlight,” McCarthy was also nominated as Best Director for the film. Damon, for his part, is also an Oscar winner for co-writing 1997’s “Good Will Hunting” with Ben Affleck and has been nominated for four additional Academy Awards — three for acting (“Good Will Hunting,” “Invictus,” “The Martian”) and one for producing Best Picture nominee “Manchester by the Sea.” In addition, Breslin is also an Oscar nominee contending for Best Supporting Actress at age 10 for 2006’s “Little Miss Sunshine.”

Not unlike “Spotlight,” which received some criticism by those real-life people depicted in the film, “Stillwater” has generated its own bit of controversy. It came under fire from Amanda Knox, an American who was wrongly convicted and finally acquitted of murder charges by an Italian court and whose case appears to have inspired the “Stillwater” storyline. Knox has denounced “Stillwater” on social media, alleging that with his film, “McCarthy reinforces an image of me as a guilty and untrustworthy person.” In addition, Damon has generated some unwelcome headlines of his own in an interview promoting the film revealing that he had retired a homophobic slur that he had been using up until a few months ago. The impact of these controversies on the film’s awards chances has yet to be seen, but they have certainly raised the profile of “Stillwater” in the public eye.

Still, the Oscar pedigree of the film’s cast and crew and its take on just where America fits into the world today lend significant gravitas to “Stillwater.” Though a summer release date is a challenging one for year-end awards consideration, “Stillwater” may just have the goods to go the distance.