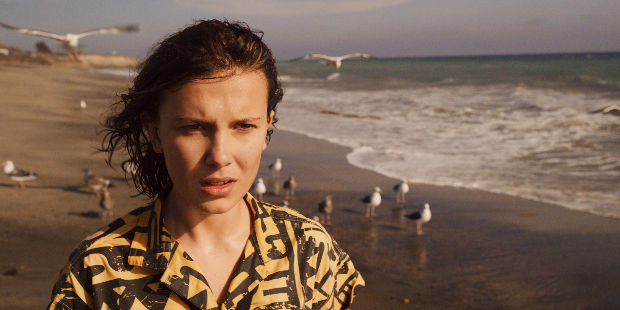 When “Stranger Things” returns to Netflix next year, a creepy new location will factor heavily in the fresh run of episodes.

On Saturday during Netflix’s own fan event, TUDUM, the streaming service debuted a new teaser for “Stranger Things 4” and revealed a locale called “the Creel house.” According to the show creators, the Duffer brothers, the home is a “super important” part of the new season and seemingly ties directly to a new character, Victor Creel, played by Robert Englund of “Nightmare on Elm Street” fame. When Englund’s casting was announced last year, it was revealed Victor is a “disturbed and intimidating man who is imprisoned in a psychiatric hospital for a gruesome murder in the 1950s.” Judging by the teaser, it looks like the victims of that gruesome murder was Victor’s own family.

Beyond teasing the Creel house, the new look at “Stranger Things 4” also offers a return glimpse of some of the show’s core characters, including Dustin (Gaten Matarazzo), Lucas (Caleb McLaughlin), and Steve (Joe Keery). Other returning cast members not glimpsed in the new trailer include Millie Bobby Brown, Finn Wolfhard, Winona Ryder, and David Harbour.

Despite its genre trappings, “Stranger Things” is no peculiarity when it comes to the Emmy Awards. Through its three seasons thus far, the blockbuster Netflix series has garnered 38 nominations from the Television Academy — including three nominations in the Best Drama Series category — and seven wins. Brown and Harbour have scored two nominations apiece for the show, while Shannon Purser, who memorably played Barb, landed the only other “Stranger Things” acting nomination in the guest category.

Lee You-mi ('Squid Game'): Ji-yeong is a fan-favorite because 'everyone wants and needs a person like…