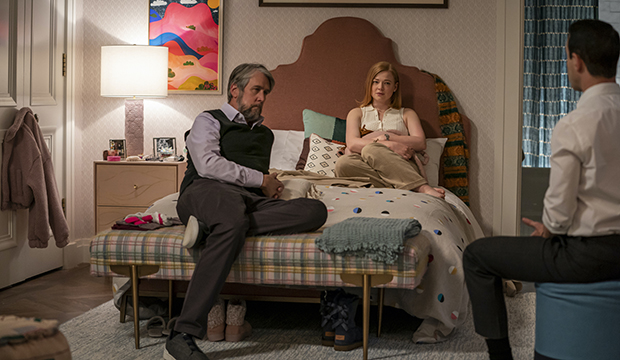 The Roys are coming for the Screen Actors Guild. “Succession,” the popular HBO drama about the inner workings of a wealthy, dysfunctional family that owns and operates a major media conglomerate, is the current favorite to win the TV drama ensemble honor at the 28th Annual Screen Actors Guild Awards, which will be held in February. The show sits in first place in Gold Derby’s combined odds, which is surprising only because the guild has yet to acknowledge the show even exists.

Created by Jesse Armstrong, “Succession” was lauded by critics in its first season but really started to break out in Season 2. It won big at the 2020 Emmys, Golden Globes, Critics Choice Awards, Producers Guild Awards, Writers Guild Awards and Television Critics Association (it lost to “Watchmen” at the Directors Guild Awards but won there for its first season). Brian Cox won a Golden Globe, while Jeremy Strong and Cherry Jones took home Emmys their performances. Kieran Culkin, Sarah Snook, Matthew Macfadyen, Nicholas Braun, James Cromwell and Harriet Walter were all Emmy-nominated as well. It seems pretty strange, then, that its stars failed to net a single nomination at the SAG Awards.

While voters aren’t always quick on the take, they do usually come around by a show’s second season (see: “The Marvelous Mrs. Maisel”), so “Succession’s” absence from the field last year was a significant and confusing snub. Luckily, it appears things might be changing for the better with regards to Season 3, which debuts Oct. 17 and will run right up through the first week of voting in early December.

SEE 6 things you have to know about ‘Succession’ Season 3

With six Experts currently predicting “Succession” to triumph in drama ensemble, the show — which features guest turns from Oscar winner Adrien Brody and Emmy winner Alexander Skarsgård — is heads and shoulders above the rest of the race. Hulu’s dystopian nightmare “The Handmaid’s Tale,” which has been nominated every year of its run thus far, is in second place with 4/1 odds. Meanwhile, Apple TV+’s “The Morning Show” (9/2 odds), FX’s “Pose” (5/1 odds) and NBC’s “This Is Us” (17/2 odds), a two-time winner, round out the rest of the top five. So it appears that the big question surrounding this season isn’t “Will ‘Succession’ finally be nominated?” but rather “Can the show win?” And it certainly seems so.

Not only will “Succession” be at the front of voters’ minds during the nomination voting period, but reigning two-time champ “The Crown” is ineligible this year, as are perennial nominees “Ozark” and “Better Call Saul.” Plus, the long delay between Seasons 2 and 3, which was caused by the pandemic, likely gave a lot of people the opportunity to finally watch and/or catch up on the show. Essentially, the popularity of “Succession” has never been higher and the quality of its performances have never been better than they are in Season 3. Strong and Cox currently top the odds for drama actor, while Culkin (ninth) and Macfadyen (10th) just make the top 10. Meanwhile, Snook sits in third place in the race for drama actress behind Jennifer Aniston (“The Morning Show”) and Elisabeth Moss (“The Handmaid’s Tale”). Everything’s coming up “Succession” right now, so don’t f— with the Roys.