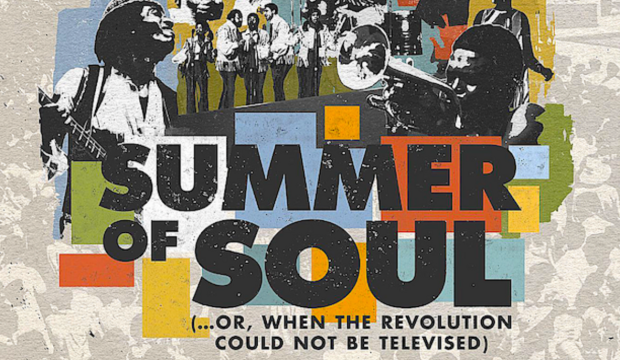 The year of 1969 saw the moon landing of the Apollo 11’s Eagle module, Richard Nixon sworn in as the 37th president of the United States, the Stonewall Riots in Greenwich Village ushering in the gay rights movement, the Tate-La Bianca murders by the Manson Family, the landmark Woodstock Music and Arts Fair which attracts 400,000, the tragic and violent Rolling Stones concert at the Altamont Speedway and even Tiny Tim marrying Miss Vicki on NBC’s “The Tonight Show Starring Johnny Carson.”

But one major event was basically ignored by the mainstream media: the Harlem Cultural Arts Festival which took place June 29-August 24 at the Mount Morris Park. Founded by Tony Lawrence, the festival celebrating Black pride, music and culture features such landmark performers as Sly and the Family Stone, Gladys Knight and the Pips, Stevie Wonder, The Fifth Dimension and Mahalia Jackson. And when the NYPD refused to supply security, the Black Panther Party stepped in.

The festival was filmed in hopes of making a concert film. But no one was interested. Enter Ahmir “Questlove” Thompson, the co-founder of the hip-hop collective The Roots, which are currently the house band of “The Tonight Show Starring Jimmy Fallon.” He has turned this footage, which had been sitting in a basement for 50 years and transformed it into one of the most exhilarating and even emotional concerts films in recent memory: “Summer of Soul ( … Or When the Revolution Could Not Be Televised).”

“Summer of Soul” won the Grand Jury Prize and the Audience Award in the U.S. Documentary Competition at Sundance this year and was quickly acquired by Searchlight and Hulu. After opening in Los Angeles and New York on June 24, “Summer” hit more theaters and became available on Hulu on July 2.

In celebration of “Summer of Soul,” here’s a look back at some of the major cultural events of the year.