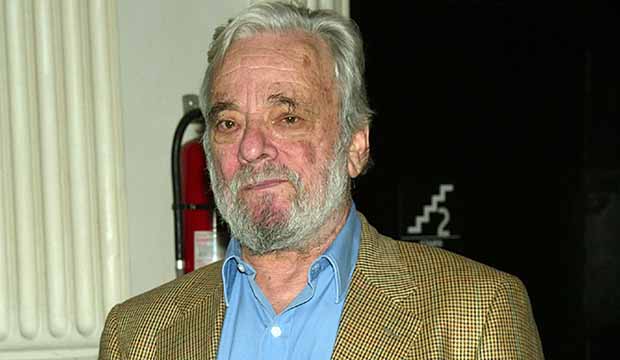 When James Lapine showed up at the legendary Broadway composer Stephen Sondheim’s New York townhome four decades ago, he had only seen the tunesmiths’ 1979 Tony Award-winning “Sweeney Todd.” “I think it was a blessing that I didn’t know Steve’s work and frankly that I didn’t know the theater that well, particularly the commercial theater. ” recalled Lapine, 72,  during a recent Town Hall Zoom conversation about “”Putting It Together: How Stephen Sondheim and I Created Sunday in the Park with George.” That is the title of his new book about their first collaboration, the Pulitzer Prize-winning 1984 musical “Sunday in the Park with George.”

At the time of the meeting, Lapine was best known for directing and writing the book for William Finn’s acclaimed 1981 off-Broadway musical “March of the Falsettos.” Lapine knew that Sondheim was a very accomplished artist “but it really didn’t dawn on me at that time. I just never thought anything was going to come of the meeting. I just thought, it would be fun. “He’s not going to want to do the show, but I get to meet the guy. That was my attitude then.” Sondheim was stinging from the failure of his 1981 musical “Merrily We Roll Along,” which closed after 16 performances and ended his long collaboration with producer/director Harold Prince.

Zoom host Christine Baranski (“The Good Fight”), who appeared in the  “Sunday” workshop at Playwrights Horizons in 1983 with stars Mandy Patinkin and Bernadette Peters, loved Lapine’s descriptions in the book of his initial meetings with Sondheim. “How you showed up at Stephen’s townhouse and Steve offered you a joint,” she said. “You were talking about Bunuel films. It wasn’t discussed immediately the idea of a musical based on Georges Seurat painting. When you both looked at that painting” –“A Sunday Afternoon on the Isle of Grande Jatte”- did you say  there must be a musical here?”

“James is among other things, a visual artist and he brought a lot of visual things, postcards and reproductions from pages in art books,” said Sondheim, a lively 91. “Just to see what would spark our interest. When I saw that Seurat, which was on a postcard, I said ‘Looks like a stage set.’ James said, ‘yeah, but the main character is missing.’ I said ‘Who’s that?’ And he said ‘The artist.’ And the light bulb went off for both of us. Suddenly, there was the idea for a piece of theater,   the artist and his creations and all of these people.”

“Sunday in the Park” revolves around a fictional version of the pointillist artist (Patinkin) creating the masterpiece with Peters playing his mistress and muse, Dot. In the second act, which take place 100 years later, Patinkin plays his great-great grandson with Peters portraying his grandmother Marie. Among the songs: “Putting It Together” and the emotionally haunting “Finishing the Hat.” The musical received 10 Tony nominations, winning two for design; Jerry Herman’s crowd pleasing “La Cage Aux Folles” was the big winner at the Tonys in 1984.

The Lapine-Sondheim collaborations include 1987’s “Into the Woods,” for which Lapine won the Tony for his book and Sondheim, and 1994’s “Passion,” which won Tonys for best musical, as well as for Sondheim’s score and Lapine’s book.

Sondheim recalled that first bit of music he wrote for “Sunday “was the arpeggio that introduces the show. “I was thinking Seurat had a palette of 12 colors and there are 12 notes in the scale. I thought, oh what a coincidence. I thought about the way he mixed colors that were next to each other. I would do the same thing with the notes in the scale, which is as an intellectual idea, fine. But when you actually try it, any note next to each to another note, is just a dissonance or it sounds like something’s wrong. I was intrigued by that.”

Lapine wrote a monologue for Dot at the beginning of the musical. “He meant it, I guess, as armature for a song,” noted Sondheim. “And so, that is in fact, the title song. Once I had written that I had a musical language and a verbal language that set the tone for the rest of the score. But that’s always necessary, I think. If you are going to write a score that holds together, that isn’t just a series of songs, you have to establish as a playwright does, with regular language, a musical language and musical style.”

Baranski was particularly moved by Lapine’s descriptions recalling the first time “Finishing the Hat “ went into the show during the workshop period and how the two final songs in act II. “Children and Art’ and “Lesson #8 ” went the day before the Broadway critics were invited. “You guys were really working in front of an audience,” said Baranski. “All your actors, every day, during the day rehearsing and learning new stuff. Can you describe those experiences?”

Sondheim noted he wrote to what the show needed. “I’ve often said that the best way to write a musical is if it’s cast and on the stage, then you know what songs to write rite because you have your actors and your characters. And in this case, those two songs were written because I knew exactly who the characters were, what the situation was and what was needed. So,  they could be written fairly quickly.”

Sondheim revealed the “big experience” was ‘Finishing the Hat” because “Mandy learned it in the basement café across the street. He went across the street and performed the number. He just heard it once. As you remember, the cast was stunned because the performance was so intense. He already knew what he was doing.” “And he did it that night in front of the audience as well,” said Lapine. “He seemed to have no fear, no hesitation,” added Sondheim. “He ate the number up. He felt it. So, I think, I speak for him, I shouldn’t, but I think he just felt it. It was as if he’d written it.”

An ageless Peters, 73, and a very emotional Patinkin , 68, joined the conversation. “I love the book,” said Peters. “I love the show so much and the experience. I knew it was something special because I had been in so many shows that there were no words on the page. There was not even anybody writing the music in one of my experiences. So, I had a feeling that it was something really wonderful. I loved working with Mandy. Reading the book, I just loved the experience again.”

Patinkin recalled when Sondheim came in with the last two songs the night before the critics. “We had been through so much,” he noted. “With those last two songs, the whole show stood up like dominoes backward because as actors when you know you don’t quite have the ending in it affects the very first moment of every performance. And [with the new songs] we were just charged.”

The night they opened for critics, said Patinkin, Lapine spoke to everyone on stage. “He said these words, forgive me if I don’t get them exactly right, but ‘Believe. Believe in this work we’ve done, what you’ve made, what we’ve made. All I ask of all of you is just to believe in it. And I take that with me every day of my life.”