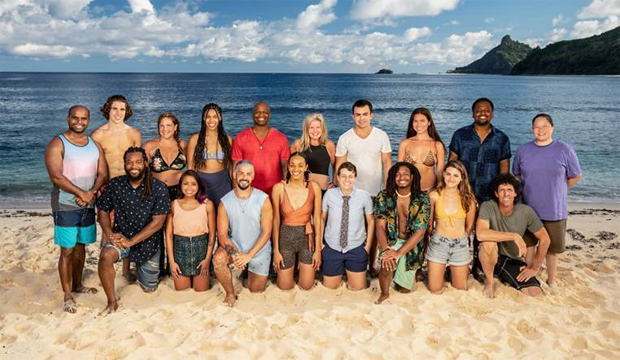 While unveiling the “Survivor 41” cast announcement on Monday, host Jeff Probst proclaims, “I cannot remember a time when I’ve been this excited to launch a new season of ‘Survivor.'” The 41st season of CBS’s long-running reality TV show was delayed more than a year due to Covid-19, but it will finally hit the airwaves on Wednesday, September 22. “‘Survivor 41’ features a really likable group of savvy ‘Survivor’ players and they are in for the most intense, most difficult and most dangerous season we’ve ever done,” says the four-time Emmy-winning host. “We know we have the most loyal fans of any show on television, and we are pumped to bring them a new, exciting season of ‘Survivor!'”

At the start of the competition, the 18 all-new “Survivor” Season 41 cast members will be divided into three tribes of six players each. They all come from “diverse backgrounds” but have the same goal in mind: to outwit, outplay and outlast. Who will win the $1 million grand prize at the end of the 26 days and join the show’s winner’s list? Read their descriptions below or click here to see their photos.

In a “Survivor” first, CBS reveals that “Probst will take viewers inside the action, addressing the audience directly throughout the season, even letting fans in on some twists before the players are made aware.” In addition, “Survivor” fans can play the new “Game within the Game” every week, an interactive experience in which they’ll have to solve hidden puzzles within each episode.

Addressing the new 26-day game (as opposed to the 39-day game fans have grown accustomed to), Probst explains, “So that means it is a very fast pace. It does force the players to make bigger decision. So there will be new advantages. And there will be some controversial twists.” He adds, “The game is kind of like the monster in a horror movie. When it’s chasing you in the kitchen you don’t stop and ask where it came from or how it got its powers. You just try to outwit it, outplay it, outlast it, because otherwise if you don’t kill the monster, the monster will kill you.”

As usual, the show takes place on the beautiful islands of Fiji, the official home of “Survivor” for the past several years now. CBS teases, “The unpredictable, accelerated pace will test even the strongest super-fan, as supplies are minimal, reward challenges are scarce, and players find themselves faced with advantages that could significantly help their game or, just as easily, extinguish their torch.” Who’s ready?!