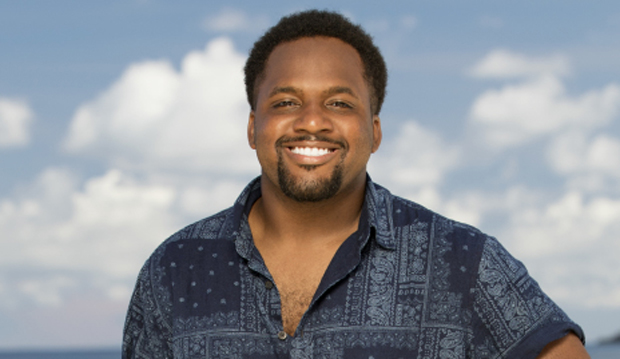 On Wednesday night, “Survivor” introduced a brand new wrinkle to CBS’s 20-year-old reality TV show: the “Do or Die” twist. Host Jeff Probst explained to the Final 7 castaways that the latest immunity challenge, an endurance competition in which they had to balance a ball on a tiny wooden holder, came with its own special rules. If a player competed in the challenge and was the first person to drop their ball, they would have to play a guessing game at tribal council with potentially disastrous results. Anyone who didn’t want to risk their game could choose to sit out of the comp. What did you think of first-ever “Do or Die” twist? Vote in our “Survivor 41” poll below.

Both Liana Wallace and Heather Aldret didn’t think they could win against the big dogs, so they chose not to compete for immunity and thereby didn’t have to risk their lives in the “Do or Die” twist. The other five players — Deshawn Radden, Ricard Foye, Danny McCray, Erika Casupanan and Xander Hastings — took their places behind their lecterns and started balancing their balls. Unfortunately, Deshawn only lasted three seconds before his ball dropped.

The competition completed with Erika dropping next, and then Xander and Ricard losing their balance just seconds apart from each other. That resulted in Danny winning his first immunity challenge of this 41st season. The timing couldn’t have been more perfect, as Danny was honoring the life of his father who had passed away exactly 25 years earlier.

At tribal council, Jeff presented three boxes in front of Deshawn, which meant he only had a 33.33% chance of surviving the night. One of the boxes contained an image of fire, which represented Deshawn’s life on the island. The other two contained images of skulls, which represented his proverbial death in the game. Deshawn chose the box on his left. After opening the right-hand box and revealing a skull, Jeff gave him the option of switching his guess. Deshawn stuck with his gut, and he was rewarded with an image of a fire.

As his fellow players celebrated Deshawn’s victory, a realization soon hit them that they’d still have to vote somebody else. One by one they all cast their votes, including a now immune Deshawn. Liana ended up receiving five votes (including Xander’s extra vote) while Ricard nabbed the other three. Thus, Liana was voted out of the game. Talk about a wild night!