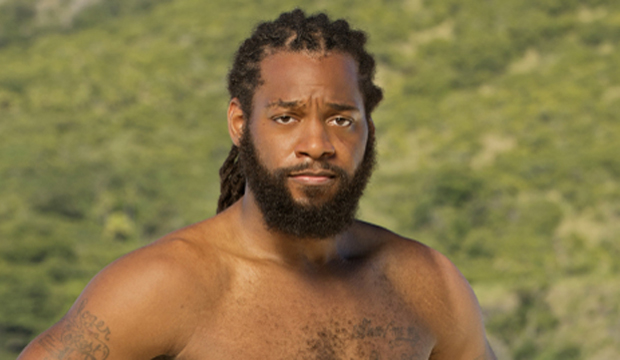 Heading into the fourth episode of “Survivor 41,” Luvu was still ruling the island six players strong, compared to Ua and Yase who were both even at four apiece having each been to tribal council twice already. But will an idea at Luvu to throw the immunity challenge change things up on Wednesday’s episode and send them to visit Jeff Probst at tribal council for the first time? And did anyone use their shot in the dark this week?

Below, read our minute-by-minute “Survivor” recap of Season 41, Episode 4, titled “They Hate Me ‘Cause They Ain’t Me,” to find out what happened Wednesday, October 13 at 8:00 p.m. ET/PT. Then be sure to sound off in the comments section about your favorite castaways on CBS’s reality TV show, who annoys you the most and who you think will ultimately join the “Survivor” winners list and win the $1 million grand prize. Here are the current tribe breakdowns:

8:00 p.m. – “Previously on ‘Survivor’!” In the third episode, Yase finally earned immunity for the first time this season, saving themselves from going down to three players. Instead, Ua returned to tribal council for their second time and Shan chose to save JD over Brad Reese, voting the latter out knowing that he was the holder of two secret advantages. Who will be voted out tonight?

8:01 p.m. – Blindsided by the vote against Brad, Genie realized that she’s on the outside of the tribe and decided that she’d no longer behave like “the mom” of the group. To rope Genie back in, Shan confessed that Brad had opened up to her about her secret advantages, but left Genie out of it. The revelation made JD realize that Shan was in fact playing him for holding it against him that he kept secrets all the while she was keeping secrets from everyone else, too.

8:03 p.m. – For the first time, the tribes assembled on the beach for a reward challenge. As a prize, an expert of living off the land in Fiji would meet them back at camp to impart wisdom. With two extra members, Luvu had to choose to people to sit out who then must participate in the immunity challenge (where they’d also have to sit two people out): Naseer and Erika. In the challenge players had to toss a ball up to a ramp and then run through a short ropes course to catch the ball before it hits the ground. All four members would have to complete that task and then after digging through an obstacle in the sand would have to land their ball on an elevated plank with the first two tribes finishing as winners. Heather was incapable of completing the first stage of the challenge for Luvu, allowing both Ua and Yase to push forward. At the end, Ua was the first to finish, winning the tribe expert, while Yase finished second for the smaller reward of one fish. The loss at Luvu was their first tribal loss of the season, leaving Heather in tears and her tribes consoling her.

8:15 p.m. – At Yase, the “core four” was elated to have earned a reward of food and feeling high after a series of challenge wins. The positive energy at their beach was giving them the kind of motivation they’d need to overcome the disadvantage of losing two members early in the game and so optimism was their only outlook for the rest of the game. At Ua, the lessons from expert Nathan showed that humans can climb to the top of coconut trees without aid, crack a coconut with their fist and then how to use the milk with fish that they could catch with a spear. As one of the toughest seasons of the game, Shan knew that this was a top-tier reward to learn so many tricks of surviving on the island. Ricard recognized that maybe Genie wasn’t as valuable at the camp as she thought she was.

8:19 p.m. – With their first loss, Erika was welcoming of the chance to finally start discussing strategy, shedding her “lamb” costume and start voting people out. She bonded with Deshawn during a boat ride and then later had a talk with him about how emotional Sydney is playing the game. The conversation ended with the two considering voting Sydney out, but Deshawn was aware that Erika was playing the game hard after starting as a quiet player. Deshawn started to think that Erika was much more dangerous and less trustworthy than Sydney. Deshawn quickly went to Sydney to throw Erika under the bus, leading to Sydney’s analysis that “they hate me ’cause they ain’t me.”

8:26 p.m. – Later that day, Sydney and Deshawn went to Danny to fill him in on the Erika situation. Deshawn threw out the idea that they throw the next challenge for the opportunity to vote Erika out. Danny wasn’t hype on the idea, but Deshawn posited that if they go into a merge as a strong six then they’d all be the biggest targets from the players from the other tribes. As a competitor, Danny was not sure he could follow through with purposefully losing.

8:28 p.m. – In the immunity challenge the tribes had to collect logs from the water and then use them to retrieve keys from a tunnel that would unlock rings they’d need to throw on targets. In this challenge, the first two tribes to finish would win immunity. Luvu had Sydney and Heather sit out this time. In the water stage of the challenge, Yase fell behind despite both Danny and Deshawn having decided to throw it. With Yase so far behind, Deshawn actually started retying knots in the log nets instead of untying them and yet they still finished that stage before the other two tribes. Deshawn was the Luvu member tasked with throwing the rings in the final stage of the challenge, offering him a last ditch opportunity to succeed in losing. Dragging his missed tosses as much as he could, Naseer stepped in and landed two rings to catch up to Yase, but then struggled to land the third. Eventually Xander landed their third, winning first and then JD couldn’t get three on before Naseer successfully got Luvu’s third to earn the second immunity.

8:40 p.m. – Back at Ua, Genie was convinced that she’d be voted out. As a last ditch effort, she pleaded with JD to put down Ricard’s name and admitted that she’d be throwing her shot in the dark die even if it means she can’t cast her own vote. JD said that he feels in a similar spot, but that was only an attempt for him to make her feel more safe so that she doesn’t use her shot in the dark. Shan had to do work to convince Genie that she can trust Ricard and to vote for JD instead. Meanwhile, JD was telling Ricard that Genie is coming after her. Shan and Ricard devised a plan to get JD to give Shan his advantage whereby she would try to convince JD that she feels vulnerable and that in order to trust him she needs him to leave his advantage back at camp. JD realized that Shan was playing too hard and that it would be dumb to leave his advantage at camp, but he still did it. For some reason, he trusted her and still felt like he needed to do another thing to solidify that trust. At this point, Shan had the thought that this would be a great chance to keep his extra vote by voting JD out instead.

8:50 p.m. – At tribal council, Ua discussed how exhausting the game has been and that it’s much harder to play the game than watch it because feelings get involved and they genuinely like everyone. JD also pointed out that when you’re in the game you don’t have all the information that viewers at home do. Genie said that last time she was the one without the information and Brad’s blindside was clarity that she was on the bottom. She told Jeff that the shot in the dark is the only thing she can do to put power in her own hands instead of in the other three, but JD pleaded with her that she may be messing up the plan she made with someone who promised to work with her.

8:56 p.m. – At the ballot box, JD did vote for Genie, but she did not play her shot in the dark and so Jeff read the votes: Genie, JD, JD, JD. Shan did him dirty! He asked them for a reason, but they kept quiet and let him exit the game in another blindside.

NEXT WEEK: Forced to fend for herself, Genie finds an advantage while Tiffany is set on finding whichever one Xander has hidden in his bag.