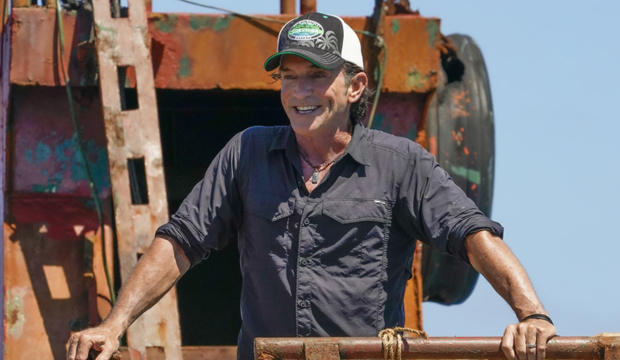 In last week’s fourth episode of “Survivor 41,” Shan made a power play in the Ua tribe when she decided to trick JD into leaving his extra vote at camp in an act of trust, only to turn around and vote him out so that she could claim the advantage for herself. With that vote, Ua was down to only three members at camp, while Yase held steady with four and Luvu continued to rule the island with all six members still in the game. What are the repercussions of Shan’s big move and will anyone play one of the many advantages floating around in the game?

Below, read our minute-by-minute “Survivor” recap of Season 41, Episode 5, titled “The Strategist or the Loyalist,” to find out what happened Wednesday, October 20 at 8:00 p.m. ET/PT. Then be sure to sound off in the comments section about your favorite castaways on CBS’s reality TV show, who annoys you the most and who you think will ultimately join the “Survivor” winners list and win the $1 million grand prize. Here are the current tribe breakdowns:

8:00 p.m. – “Previously on ‘Survivor’!” Last week, Deshawn put a plan on the table at Luvu to throw the immunity challenge so that they’d have an opportunity to vote Erika out of the game. Though Danny was hesitant to go along with the plan, he agreed that it would put their tribe in a better position going into the future merge, but despite their best efforts they were incapable of losing to a struggling Ua tribe. Will Deshawn and company attempt to lose again and, if they succeed, who will be voted out tonight?

8:01 p.m. – Coming back to camp from an unexpected tribal council, Genie felt solid with Shan and Ricard in a threesome because they had now chosen her over JD despite her having been on the wrong side of the vote in their previous trip to tribal council. This newfound comfort with the two of them didn’t mean she or any of them would be safe in the future and so she went looking for an idol. Easily she located the idol and immediately told the others about it. But once again Shan controlled the narrative and said they shouldn’t open it just in case it’s the same shared idol that Brad had. If they opened it they’d lose a vote until the merge or until Luvu found their portion of it. In reality Shan just didn’t want Genie to have power over her in the game. Later, Shan and Ricard both decided that it’s in their best interest for Shan to give him the extra vote and for her to open it. Sure enough it was the shared idol, meaning Shan loses her vote until merge or activation (via Luvu). To keep the secret from Genie, they put one of Shan’s bracelets in the package and sealed it back in its place as if it had never been opened.

8:07 p.m. – At Luvu, Deshawn brought up the idea of throwing the next challenge. This time Danny was fully on board with the plan because he noticed that male players keep getting voted out so out of fear that a merge would give female players the advantage over the males, he wants to make sure they vote a female out next. Also different from last time, they looped Naseer into the plan, but he was less than enthusiastic about it. Naseer’s hesitation made Danny wary of working with him, but he also realized that he’ll need Naseer in order to further himself in the game. For Naseer, he was just glad that the guys wanted to formulate the plan with him, making him feel more comfortable at camp.

8:09 p.m. – At Yase, Evvie and Xander solidified a verbal agreement to protect each other, but Evvie was only doing it to make him feel comfortable. Still, Tiffany was worried that Evvie was getting too close to Xander and that their relationship in the game was closer than she was letting on. Worried, Tiffany and Liana sought out his advantage, found it and read the contents of the shared idol. Later, Xander told Tiffany about the idol because he trusts her more than Liana, not knowing that Tiffany already knew about it. In the conversation, Xander lied saying he found the idol that morning, but Tiffany pointed out that he had already said the secret phrase so obviously he found it earlier than that.

8:17 p.m. – Prior to the challenge, Ricard and Shan told Genie it would be in their best interest to utter Brad’s secret phrase again just to weed out whether the other tribes found their idols and Genie was on board with it. So, at the challenge, Shan said that broccoli are just small trees and Xander confirmed his again by mentioning that butterflies are dead relatives saying hi. Surprisingly, Naseer jumped into the fray by saying that he’s as confused as a goat on astroturf because lo and behold he had found the shared idol at Luvu earlier that day. This meant that all three idols were activated and votes restored to the keepers.

8:19 p.m. – For the challenge, the tribes engaged in a short obstacle course that ended with hitting two targets with sandbags and a slingshot. For the two winning tribes, immunity and tarps to help keep them dry at camp. With extra members, Luvu sat out Deshawn, Heather and Erika and Yase sat Tiffany out. All three tribes got to the second stage of the challenge at the same time, but Naseer pulled again in the second stage to reach the slingshot first. Quickly into the final stage, Naseer hit one target, but then Xander came up for Yase and hit one as well. Eventually Naseer swapped out with Danny, allowing room for Xander to knock Yase’s second and take the first safe spot. Ricard was unable to hit either target for Ua, and when Naseer came back into the challenge he hit their second to earn the second safe spot. That meant Ua would be going back to tribal council to vote their tribe down to two members.

8:30 p.m. – On their journey together, Liana and Shan were excited to get to know each other and felt immediate trust with one another. However, Liana said they have to be super careful because everyone will expect them to be working together as two Black women in the game and they agreed that they should go back to camp and downplay their connection. They still gave each other all of the information they have: Shan said she has the idol and Liana told her that Xander has an extra vote and the idol. Shan also told Liana that if she gets voted out next then she should never trust Ricard because that would mean he went against someone he said he’d be loyal to. When Shan opened up to Liana about the passing of her mom, Liana’s supportive reaction showed Shan that there’s an instant connection between the two of them in a way that she had not yet connected with Ricard or Genie. Before going into the decision they had to make, Shan agreed that she would not risk her vote so that Liana could risk and gain the advantage. When Liana returned to camp, she checked tree mail to find the “Knowledge is Power” advantage, offering her a chance to ask a player if they have an advantage or an idol. That player would not be able to lie and if the answer is yes then she gets their advantage or idol.

8:40 p.m. – Back at Ua, Ricard took advantage of his time with Genie to throw Shan under the bus so that he’d be in the power position of choosing which of the two to go with. He told Genie that Shan has taken credit for all of his plans and that she has way more power in the game. Genie realized that Ricard was playing hard and it might make him untrustworthy, but she fed into his ego and let him believe that she was going to work with him against Shan. Upon Shan’s return, she told them the truth about protecting her vote. Agreeing that they all need to make pitches to each other, the three of them allowed everyone time for one on ones. Obviously in those one on ones they all agreed to be the two to vote together against the third, leaving it completely up in the air who was telling the truth.

8:44 p.m. – Having given Ricard the extra vote already, Shan went to Ricard saying that he needs to give it back to her as insurance for him not voting her out. But he countered that would only give her the power to vote him out instead and have all the advantages. The conversation put the two allies at direct odds with one another, leaving Shan with the decision of whether she sides with “the strategist or the loyalist,” Ricard and Genie, respectively.

8:50 p.m. – At tribal council, Genie told Jeff that she was caught between going along with someone who would be loyal to them (Shan) and someone who can make a lot of new friends at the merge (Ricard) and then leave her behind. Ricard said his options were between someone honest (Genie) and someone who closes the deal on all his plans (Shan). From all perspectives, it seemed like Shan was the one in the power position despite her saying that the two of them could have easily formed a plan against her, too. Still, Ricard and Genie both pitched Shan hard, proving that they were not working together and wanted her vote to side with them.

8:56 p.m. – After the vote, no advantages or idols were put into play, and so Jeff read the votes: Genie, Ricard, Genie. Shan stuck with Ricard, the strategist, and sent Genie home. As Ricard pointed out to Jeff, that would leave him and Shan in a very tough position with the rest of the players knowing they have so much experience and success outlasting the other four members of their tribe.

NEXT WEEK: Jeff brings the players to the challenge and asks them to drop their buffs, but it’s a tease whether or not it means a traditional merge.