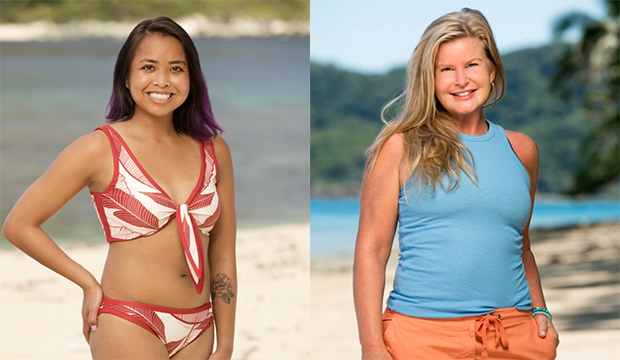 Over the past 40 seasons of “Survivor,” men have won 25 times while women have only prevailed 15 times. (See the “Survivor” winners list.) The past six cycles in a row have all resulted in male champions, with the most recent woman winner being Sarah Lacina in Season 34. With the Season 41 finale set for Wednesday night, all eyes are on whether one of the last two females on the island (Erika Casupanan or Heather Aldret) can break the curse this year. Or will one of the three men (Ricard Foye, Deshawn Radden or Xander Hastings) prevail instead?

SEE ‘Survivor 41’: Jeff Probst surprises Final 5 with twist none of them expected (or wanted)

According to Gold Derby predictions, Erika has the best chance to pull off a win for the girls as she comes in second place, behind only front-runner Ricard. Erika’s big claim to fame was smashing the hourglass at the merge, reversing time and changing the results of the challenge so that the winners would be eligible for elimination and the losers would be safe. Since then, Erika has played an under-the-radar game, though she’s tried to make big moves. Her temporary three-way alliance with Deshawn and Xander was thrown out the window by Deshawn at tribal council, which put an even bigger target on him.

Heather comes in fifth place to win, following Xander in third place and Deshawn in fourth place. She has undoubtedly had the least amount of screen time throughout Season 41, with her only memorable moment being her epic failure early on at a reward challenge. More recently, Heather was shown reacting to Deshawn’s struggles with diversity, but viewers are still waiting for her to make any sort of strategic move. It seems likely that she’ll be brought to the Final 3 as a goat, where she’ll get little to no jury votes.

Can Erika or Heather join the list of “Survivor” female winners during the December 15 finale? Give us your thoughts down in the comments section. Here is every woman who’s taken home the $1 million check (so far):