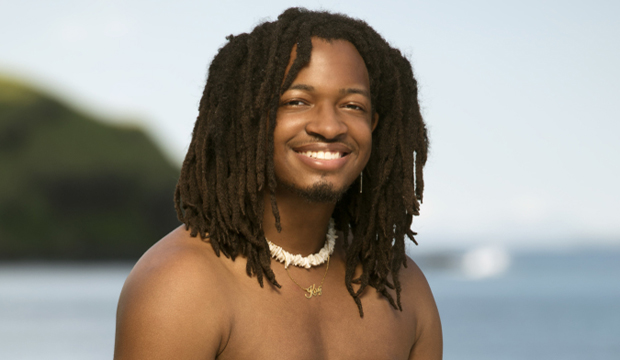 JD Robinson became the fifth boot of “Survivor 41” at the end of last week’s episode, after a rather epic blunder. The 20-year-old college student was manipulated by tribemate Shan Smith into giving her his extra vote advantage. While Shan framed it as an act of trust, she took this as an opportunity to gain more power in the game and take out a likable social threat in the process. And based on the results of a new Gold Derby poll, it looks like most readers agree with this move.

In the poll, which asked fans to vote for who they think should have gotten the boot in Episode 4, 52.5% agreed that JD deserved his ultimate fate. This is the first time all season that voters have agreed with a tribe’s decision at Tribal Council.

Meanwhile, 22.5% of voters thought Genie Chen should have been voted out instead. The grocery clerk had a rough episode in which she lashed out at her fellow tribemates after they voted out her ally, Brad Reese, and she voiced concern that she was on the bottom. She even threatened to use her shot in the dark die, which would have prevented her from being voted out at Tribal Council, but she ultimately chose to save it.

Shan and Ricard Foye both earned 12.5% of the vote. This is hardly a surprise considering they have thus far been framed as the power players of the Ua tribe. Both players have shown that their only loyalty is to each other, and their game acumen could make them huge threats heading into a merge, which will likely come within the next few episodes.

What may complicate their games is the decision to keep Genie, who is surely grateful to still be in the game but doesn’t seem likely to stick with them after everything they’ve been through. It may just be a matter of whether Ua goes to yet another Tribal Council before the merge, but if they don’t, voting out JD may be looked back on as a poor decision if she jumps ship and Ricard and Shan find themselves at the bottom.