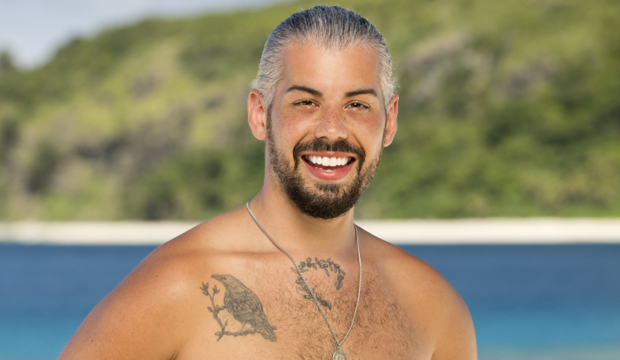 The “Survivor 41” premiere featured a “live” Tribal Council as the Ua tribe descended into chaos before they were about to vote. While it seemed set in stone that either JD Robinson or Sara Wilson would be voted out, everything was in disarray at Tribal, where a flurry of whispering took place, making it seem like a new plan was about to be formed. In the end, though, Sara was indeed booted with four votes cast against her. But most fans in a new Gold Derby poll think someone else should have been voted out first.

Instead, 32% of fans voted that Ricard Foye should have been the one to go. The 31-year-old flight attendant was shown to be a schemer in the premiere episode, sowing seeds to try to vote out JD, which didn’t quite come to fruition here but may in the future. It is possible that some users may have been turned off by Ricard speaking up at the Immunity Challenge about changing Jeff Probst‘s “Come on in, guys” catchphrase to something more inclusive, which caused waves online.

Ricard was closely followed by Brad Reese, who amassed 28% of the vote. In the episode, we saw Brad openly state that Sara or Shan Smith should get the boot right in front of them. Sara tried to get her tribemates to commit to voting out Brad at Tribal Council but it did not stick.

As for the other poll results, 20% of voters thought the Ua tribe was correct in taking out Sara, while 16% voted that it should have been JD. Shan and Genie Chen only earned 2% each, emerging as some potential early fan favorites.

Here are the full results of the poll asking which Ua tribe member should have been booted first: