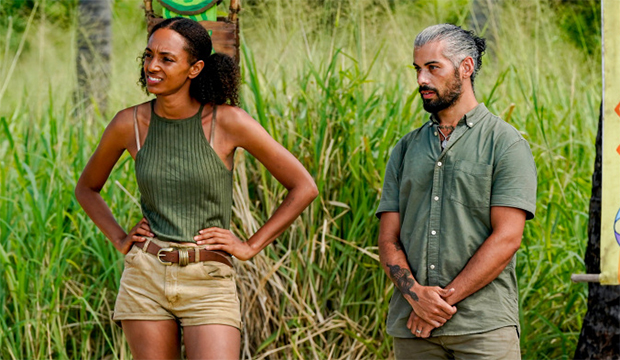 One of the most buzzed-about players on “Survivor 41,” Shan Smith from Washington, D.C., was eliminated from Wednesday’s 10th episode in an epic blindside. The 34-year-old pastor went out with a bang as she praised BFF Ricard Foye (saying she’d vote for him to win the $1 million) and blasted alliance member Deshawn Radden (whom she called a “snake”). Shan is now the second player in as many weeks to go home with a hidden immunity idol in their pocket, following Naseer Muttalif last week.

Shan and Ricard had been with each other since day one, though they both readily admitted they didn’t have a final two deal and that the day would eventually come where they’d have to turn on each other. After Ricard won the reward challenge and took Shan, Heather Aldret and Xander Hastings with him to a “Survivor Sanctuary,” the others back at camp started talking about getting rid of Ricard in order to break up his bond with Shan.

The next morning, Liana Wallace immediately told Shan about Danny McCray and Deshawn’s plan, explaining that the girls’ summit trip earlier in the season went beyond the game for her. When Shan spilled the beans to Ricard, he didn’t seem to believe her, questioning why she would be fighting for him to stay in the game. All of that talk ended up being premature, however, as Ricard later secured his own safety in the immunity challenge.

Back at camp, Ricard realized the time was right to cut the cord with Shan. He had Erika Casupanan, Heather and Xander on his side and just needed one of the members of the first-ever Black alliance to turn on her. When Ricard told Deshawn that Shan had informed him about the plan to get Ricard out, that was the fire Deshawn needed to flip on Shan. Erika then came up with the idea of splitting the votes between Liana and Shan in case Shan played her idol. The idea worked, and on a re-vote, Shan received all of the votes.

“That was good,” Shan confessed when Jeff Probst finished reading the votes. She stood up and gave Liana a hug before turning to Ricard and saying, “Ricard, you have my vote for a million dollars.” Shan then proclaimed, “Deshawn, you’re a snake.” Before her torch was snuffed, she addressed all of the players: “I played a good game and this was a dream come true. I love you, babe [Ricard].”