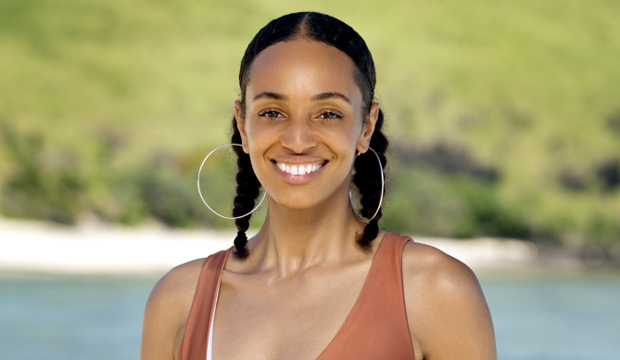 The jury phase of “Survivor 41” began in Episode 8, with 47-year-old teacher Tiffany Seely being booted by the majority. Tiffany was part of the three-person Yase alliance with Evvie Jagoda and Xander Hastings, both of whom were protected by winning immunity and having an immunity idol, respectively. This made Tiffany the easy target to take out, but according to a new poll released just after last week’s episode, fans don’t think she should have been eliminated.

Shan Smith earned the most votes for who Gold Derby readers thought should have been voted out, at a whopping 43% of the tally. The self-professed mafia pastor struggled to maintain her close relationships with her allies in Episode 8, confronting Ricard Foye about eating a piece of papaya and making Deshawn Radden feel like his voice didn’t matter on multiple occasions. Nonetheless, she was not even discussed as a possible target, though that may change as early as this week.

Heather Aldret came in second place in our poll results at 23%, following a messy Tribal Council moment where she started whispering new plans and almost led to her own alliance taking her out. Meanwhile, 10% agreed with the ultimate decision to send out Tiffany. Below those three, the next highest vote-getters were Ricard and Xander, who received 6% each. Next was Deshawn at 3%, Liana Wallace and Naseer Muttalif at 2% apiece, and Evvie, Danny McCray and Erika Casupanan all at 1%.

It will be fun to see how the dynamics of the game change now that the Yase alliance is down to two members. Will the huge eight-person alliance pick them off or will a few of them get antsy and start targeting each other? All will be revealed this Wednesday, where previews have confirmed that not one but two castaways will be voted out.