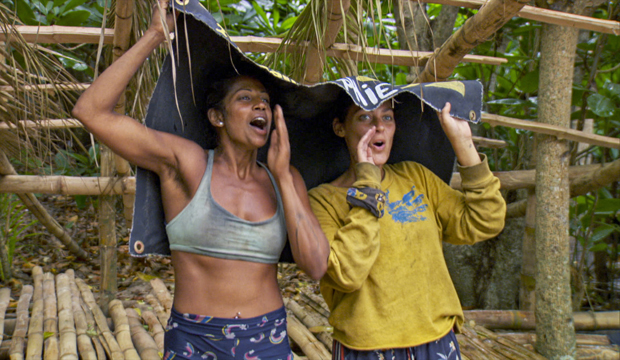 It’s official. “Survivor” Season 41 is a go. “‘Survivor’ will be filming in Fiji with the crew expecting to arrive in the next few days,” reveals Faiyaz Koya, Minister of Fiji’s Ministry of Trade and Commerce. “They have to stagger the way they actually come because most of the crew are sitting in different parts of the world but all done under the guidance of the Ministry of Health. We follow the necessary protocol to protect our own citizens.” Fiji Broadcast Corporation first reported the news.

Koya adds that Fiji’s upcoming slate of film and TV productions, which were all put on hold for the past year due to the Covid-19 pandemic, will now account for “close to $30 million in economic activity and create 400 jobs locally.” The coronavirus is still a dangerous threat worldwide, but with the vaccine now in distribution, the future is looking somewhat positive.

The crew of “Survivor 41” will have to follow health safety protocols before and during production, which means quarantining, mask-wearing, social distancing, hand-washing, etc. As for the cast, they were all chosen last year prior to the Covid-19 outbreak, but it’s currently unclear whether these same folks will be heading to Fiji or if CBS will replace some of them.

Last week, fans of “Survivor” had a ray of hope about the future of their favorite reality TV show when host Jeff Probst appeared in a Super Bowl LV for Paramount Plus (watch it right here). Alas, Probst was simply doing his part in promoting the rebranding of the CBS All Access streaming service owned by ViacomCBS. The switch to Paramount+ officially happens on March 4, 2021.

“Will we survive this mountain?” Probst asked the football audience while dangling from the snowy cliff and holding his trademark torch. “Find out what’s next. That’s right, it’s a literal cliffhanger.” Of note, all 40 seasons of “Survivor” will continue airing on Paramount+, just as they did on CBS All Access. Speaking of Probst, he is officially returning as host/showrunner of Season 41. The 59-year-old has appeared in all 596 episodes so far, winning four Emmy Awards for his hosting abilities (2008-2011).