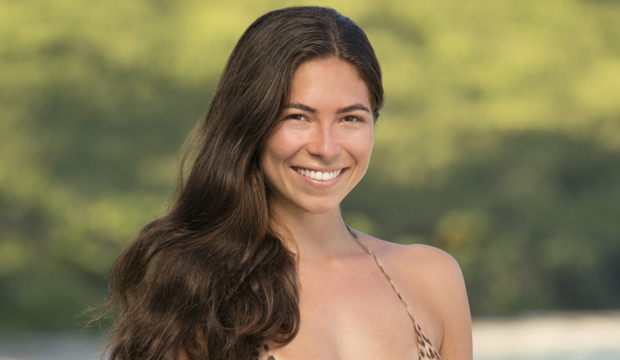 The merge episode of “Survivor 41” was one for the record books. For the first time in the show’s two decades on the air, six people won an immunity challenge and were told by Jeff Probst that they were safe, only to have their immunity undone by an hourglass twist that reversed time. Flash-forward to tribal council, where one of those people, Sydney Segal, ended up being voted out. Needless to say, she’s not a fan of the hourglass twist.

“I mean, it’s not even a twist — it’s a lie,” Sydney says in her exit interview with EW. “We’re told one thing and then something else happens. And I think it achieved exactly what it intended to achieve. That challenge was meant for strong players to win. And then that hourglass twist was intended to get a strong player out of the game. And as I said a million times before, I’m the threat of threats, so that hourglass did me dirty. But congratulations, CBS, for achieving exactly what you wanted to achieve. And that was to get a very strong player out and keep a lamb in.”

It’s unclear which “lamb” she is referring to, but the six players who all of a sudden became immune because of the hourglass twist were Xander Hastings, Tiffany Seely, Shantel “Shan” Smith, Liana Wallace, Heather Aldret and Erika Casupanan. Of those castaways, Sydney spent the most time with Heather and Erika as they were all members of the original Luvu tribe.

Sydney admits she essentially gave up at the “live” tribal council after Xander said he was going to play his idol for Evvie Jagoda. Everyone around her started whispering with each other and trying to come up with a new plan, but she just sat there. Looking around at the various options for who was eligible to be voted out, she realized, “Wow, I am literally the definition of unfortunate collateral. I’m gonna play my Shot in the Dark because I don’t trust anybody. Why would I at this point? So really, I just wanted to sleep and roll that f—ing dice.”

In hindsight, Sydney realizes the better move would have been to not play the Shot in the Dark and to cast a vote for Evvie instead. That would have created a five-five tie between Sydney and Evvie, with Deshawn Radden still receiving the other three votes. On a revote, it’s likely Evvie would have been ousted.

The 11 people who are still in the running to win the $1 million prize are Xander, Tiffany, Shan, Liana, Heather, Erika, Evvie, Deshawn, Danny, Naseer Muttalif and Ricard Foye. Who do YOU think will ultimately prevail?