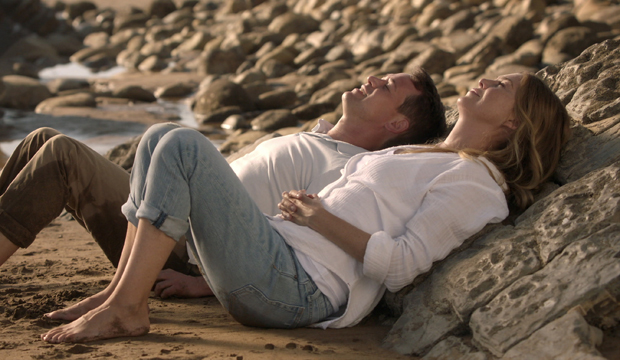 This is not a drill. T.R. Knight‘s highly anticipated return to “Grey’s Anatomy” as fan-fave doctor-turned-beach ghost George O’Malley could finally win him an Emmy Award.

George was one of the many dead characters who returned to ABC’s long-running medical drama during its recent 17th season. After contracting Covid-19, Meredith Grey (Ellen Pompeo) goes into a coma and visits a dream beach where she reunites with many of her fallen comrades, including BFF George, husband Derek Shepherd (Patrick Dempsey), colleague Mark Sloane (Eric Dane) and sister Lexie Grey (Chyler Leigh). Knight and Dempsey have both been submitted for consideration in Best Drama Guest Actor at the 2021 Emmys. Regular cast members Pompeo, Giacomo Gianniotti, Anthony Hill and Kim Raver are also on the ballot.

Knight’s episode, “You’ll Never Walk Alone,” was the fourth of Season 17 (and the 367th overall, if you can believe it). It marked his first appearance on the show since George’s death in the Season 5 finale, which aired in 2009. As you’ll recall, George was hit by a bus after saving a stranger from being run over. He was mangled so badly that none of his co-workers even recognized it was him they were working on. Eventually Meredith put two-and-two together when George wrote “007” on her palm — it was the nickname his fellow interns had given him years earlier because he had a “license to kill.”

On the trippy “Grey’s Anatomy” beach, Meredith and George reflect on their lives and he urges her to fight to stay alive because of her three children. “You’ve got great kids,” he smiles. When she corrects him by saying he’s never met them before, he replies, “I check in sometimes.” In a wink to the decade that’s passed since Knight was last on the show, Meredith asks George how he’s gotten so old. “The sand isn’t real, the ocean isn’t real, the body isn’t real,” he cooly explains.

At the end of the episode, Meredith and George are joined on the beach by Miranda Bailey (Chandra Wilson) and Richard Webber (James Pickens Jr.), both of whom are still alive and are monitoring her vitals in the real world. The shot of the four original cast members was clearly meant to remind viewers how far the show has come over the past 17 years. Indeed, “Grey’s Anatomy” is ABC’s longest-running scripted primetime series of all time.

Knight is actually on the Emmy ballot twice this year, with his other role being Davey Bowden, brother of Kaley Cuoco‘s Cassie Bowden, on “The Flight Attendant.” He contends for Best Comedy Supporting Actor for that HBO Max dramedy. Knight received his first and only Emmy nomination in 2007 for “Grey’s Anatomy.”