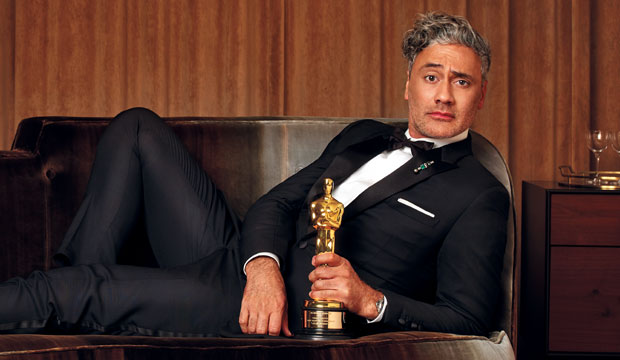 It has been a great year for Taika Waititi when it comes to awards. He won an Oscar for Best Adapted Screenplay for “Jojo Rabbit” in early 2020. A few months later he came close to winning a couple of Emmys, earning a Best Comedy Series nom for “What We Do in the Shadows” along with a Best Character Voice-Over Performance bid for “The Mandalorian.” Now he’s nominated for a Grammy for “Jojo Rabbit.” Will the recording academy give him a bookend to the trophy he won from the motion picture academy?

Waititi is nominated for Best Visual Media Compilation as a producer of the “Jojo Rabbit” soundtrack, which includes songs by The Beatles, Ella Fitzgerald, Tom Waits, David Bowie and more. He’s up against “Bill and Ted Face the Music,” “A Beautiful Day in the Neighborhood,” and two films especially known for their music, “Frozen II” and “Eurovision Song Contest.” So on one hand it seems like it might be an uphill battle for Waititi.

SEE2021 Grammy predictions: Our official odds in 32 categories from Album of the Year to Best Song from Visual Media

On the other hand, this category has previously gone to Oscar winners like “Ray,” “Walk the Line,” “Juno,” “Slumdog Millionaire,” “Crazy Heart,” “Midnight in Paris,” “La La Land” and “A Star is Born.” Most of those were explicitly music-driven films, but not all of them. And while “Frozen II” is the heavy favorite to win according to the combined predictions of Gold Derby users, “Jojo” is backed by two of the Top 24 Users who got the highest scores predicting last year’s Grammy winners, so their renegade bet could pay off.

A win for Waititi would put him halfway to EGOT. Since he just earned two Emmy nominations last year there’s a chance he could cross that off his list in the near future. Then he’d be just a trip to Broadway away from the grand slam, though the Tony is often the hardest trophy to get since there is limited real estate — literally — on the Great White Way. And of course, live theater has been shut down for a while due to the COVID-19 pandemic, though one can only hope for a “Thor: Ragnarok” musical down the line.