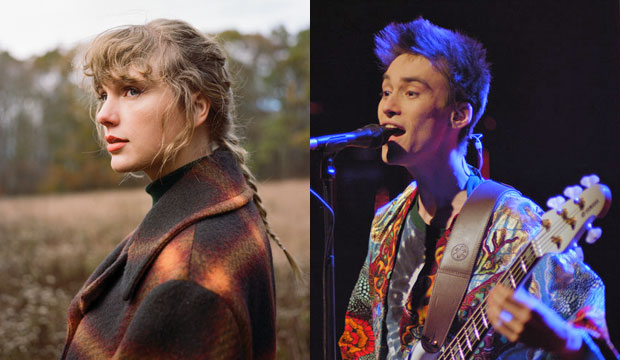 The Grammy for Album of the Year is one of the biggest honors for an artist. With past winners including trailblazing records like Adele’s “21,” U2’s “The Joshua Tree,” and Michael Jackson’s “Thriller,” the award is a huge seal of approval from fellow musicians. This year eight albums are looking to join that prestigious list. Let’s take a look.

Taylor Swift is back with her eighth studio album, “Folklore.” It ended up being a departure from Swift’s more mainstream pop material into a more singer-songwriter, alt-pop vibe. Not only was it commercially successful, spending multiple weeks on top of the Billboard 200, but it became her most acclaimed piece of work, ending up with an 88 score on Metacritic and becoming a fixture on year-end lists. With all of this in mind, “Folklore” will likely be an easy win for Taylor. If so, this will be her third Album of the Year win (following “Fearless” and “1989”), making her the first woman (and fourth act overall) to achieve this.

SEE2021 Grammys Record of the Year predictions: Should you bet against Dua Lipa? Don’t start now

However, Swift isn’t a complete lock (though I’d be surprised to see her lose this one). Fellow pop star Dua Lipa is nominated for her similarly acclaimed album “Future Nostalgia.” Lipa has had a phenomenal album roll-out, with two top-10 hits (“Don’t Start Now” and “Levitating”) as well as an additional top-20 (“Break My Heart”). Lipa is no stranger to the Grammys either, winning two in 2019 including Best New Artist. She also got six noms this year, and five of them are in the same categories as Swift, including a surprise Pop Duo/Group Performance nomination for “Un Dia,” her collaboration with J Balvin, Bad Bunny and Tainy.

While “Folklore” seems like it’s right up voters’ alley, “Future Nostalgia” is kind of Grammy bait as well. The album, much like recent winners by Daft Punk (“Random Access Memories”) and Bruno Mars (“24K Magic”), pays tribute to ’70s and ’80s sounds, mostly pop and disco, while mixing them with modern tropes. Lipa’s potential strength here is also due to her three nominations for the aforementioned “Don’t Start Now,” which is a front-runner for Record of the Year and Song of the Year. Grammys love sweeps lately (just ask Mars, Adele and Billie Eilish), so “Don’t Start Now” could push Lipa to a win here.

SEECould ‘Onward’ be the latest Pixar film with a song that wins at Oscars and Grammys?

There are also a couple of less-than-likely nominees here. Black Pumas’ “Black Pumas (Deluxe Edition)” is probably not a big enough critical or commercial hit for a surprise win. Post Malone’s “Hollywood’s Bleeding” is gonna have a hard time beating two Pop Vocal Album nominees here after he didn’t even get a nomination in that category. Jhené Aiko’s “Chilombo” might not be prominent enough to overcome some serious genre bias from the academy against urban R&B. And Coldplay’s “Everyday Life” is … not that well remembered to say the least; this is its only nomination. That said, there are two lower-profile albums here that I think could pull off an upset on Grammy night.

The first, and I think less likely of the two, is HAIM’s “Women In Music Pt. III.” Now, I know HAIM missed the cut for Best Alternative Album but they did make the top 20 for this category (giving the nomination review committee a chance to put it in the final eight), unlike any of the actual Alternative Album nominees. There’s a good chance some or all of the five Alt Album nominees also made the top 20 here and just didn’t pass muster with the committee, showing a strong contingent of alternative/rock voters.

SEEOscars rematch at the Grammys: Will Thomas Newman (‘1917’) be avenged against Hildur Guðnadóttir (‘Joker’)?

If that’s the case, it could help HAIM massively since none of the nominees for Alt Album made the cut here, so HAIM could inherit a lot of those voters. Now, I have to admit that HAIM’s biggest roadblock is their close friend Swift, who could also get a large chunk of the rock and alt crowd due to “Folklore’s” pivot to that sound and collaboration with The National‘s Aaron Dessner. HAIM might have an even better chance if Dua Lipa takes some of the pop vote away from Swift.

But the most shocking win ever could come at the hands of surprise nominee Jacob Collier. Collier’s bid might have been a WTF to a lot of music fans, but a victory wouldn’t be that farfetched. Collier is a jazz musician who’s gotten immense praise over the years, especially for his work on harmonization. He’s considered one of the best young musicians currently working, recognized by industry greats like Chris Martin, Herbie Hancock, Pharrell Williams, and Quincy Jones, the last of whom is also his mentor. “Djesse Vol. 3,” Collier’s album, also features a bunch of Grammy nominees and winners like Tori Kelly, Kimbra, Tank and the Bangas, and Rapsody.

SEEWill Zayn follow Harry Styles to the Grammys in 2022? Critics have weighed in on ‘Nobody is Listening’

On top of that, Collier has also been friends with acts like Chloe x Halle, Lizzo, and SZA (you know that current SZA hit “Good Days”? He wrote and sang on it). The point being, a lot of people are championing Collier. With him potentially monopolizing jazz and classical voters, and with a strong support from the R&B contingent as well as musicians from many genres, a “Djesse Vol.3” win shouldn’t surprise us. Collier also would not be the only jazz musician to win in the general field. Esperanza Spalding (Best New Artist, 2011) and Herbie Hancock (Album of the Year for “River: The Joni Letters,” 2008) both achieved surprise wins over big stars in recent years.

But the question hovering over the whole category may be, how much support will “Folklore” actually get? If it manages to get a sweet advantage over HAIM and Dua Lipa for alt/rock and pop voters, respectively, then a win is more than likely. Country voters will likely go for “Folklore” given Swift’s history in the genre and the category’s lack of any other country representation this year, and Americana musicians could also show big support. A weakness with two or more of these voter blocs (or a bigger-than-expected Dua Lipa showing) could be “Folklore’s” end of the road. As of right now, I’m gonna trust in Taylor, but don’t be shocked if we get another “Who is Beck?” moment, or perhaps a Daft Punk-style sweep from a dance act.