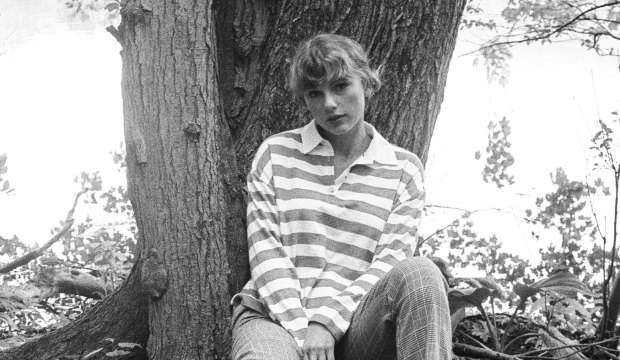 As we predicted, Taylor Swift won Album of the Year at the Grammys for “Folklore.” That was a landmark moment for the singer-songwriter and not just because it was a surprise album that shook up her radio-friendly pop formula, but because she did something only three other performers have ever done before. Check out the complete list of 2021 Grammy winners here.

This was Swift’s third victory for Album of the Year following wins for her country blockbuster “Fearless” (2010) and her pop crossover “1989” (2016). No other woman has won the category that many times, and only three male performers have done it: Frank Sinatra (“Come Dance with Me,” “September of My Years,” and “A Man and His Music”), Stevie Wonder (“Innervisions,” “Fulfillingness’ First Finale,” and “Songs in the Key of Life”), and Paul Simon (“Bridge Over Troubled Water,” “Still Crazy After All These Years,” and “Graceland”).

This breaks Swift’s tie with Adele, who also won Album of the Year twice (for “21” and “25”). And the door is even open for Swift to break her tie with Sinatra, Wonder, and Simon next year. In December she released “Evermore,” another full album of new music, just a few months after “Folklore.” It received just as much critical acclaim as “Folklore” did, and it’ll be eligible for Grammys in 2022.

The win for “Folklore” comes after a period when the recording academy seemed more ambivalent about Swift. After her win for “1989,” her next two albums (“Reputation” and “Lover”) underperformed in the nominations and didn’t win any awards, so this is her first trophy in five years. But surprisingly, she didn’t win any other awards out of her six nominations this year. Though if you can only win one, this is the one you want.