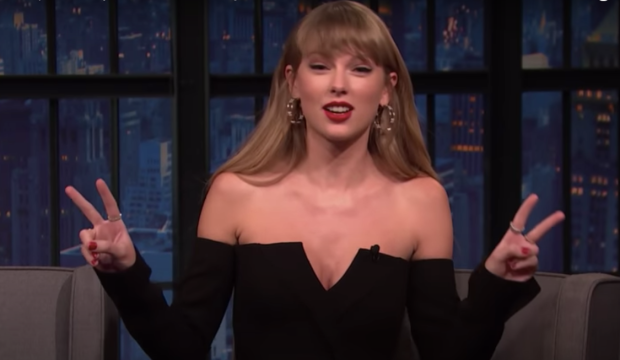 Taylor Swift’s re-recorded version of her 2012 album “Red” is out now, and the superstar singer stopped by “Late Night” on Thursday to talk to Seth Meyers about the process of remaking her old albums so that she owns the masters.

They started by reminiscing about the first time Swift hosted “Saturday Night Live” when she was 19 (she’s back this week as the musical guest, with first-time host Jonathan Majors). Meyers asked her if she gave Majors any advice, and she said no one gave her any advice the first time she hosted, which is weird in retrospect, because she was so young that she really should have been given more guidance.

In any case, Swift was excited to be back on “SNL” and play with her old band again.

Swift said she felt the need to explain why she’s re-recording her old albums – the first one she re-recorded was her second album, 2008’s “Fearless” – because it’s “not normal.”

She said that ever since she started making music, she wanted to own her work, profit from it, and do with it as she pleased. But that’s not how the music industry is structured, and most artists’ work is owned by someone other than the artist. Swift had tried to buy back her master recordings but was denied, and the masters were sold to the powerful manager and executive Scooter Braun instead.

“So I just figured, I was the one who made this music first, I can just make it again,” she said. “So that’s what we’re doing.” She explained that when the album title has “(Taylor’s version)” next to it, that means she owns it.

“It’s quite a clever loophole, Taylor,” Meyers said. “I really tip my cap.”

She said that a great thing about this re-recording process is that she gets to relive this period of her life nostalgically with her fans – “and this time around, I get to do things that I know they wish I would have done the first time.” Because she reads what they post on social media, so she knows what songs they think should have been singles or gotten videos. “I’m listening, and I’m making the videos, and I’m doing the things,” she said, a little defensively.

Meyers asked her if it’s “cathartic” to revisit breakup songs she wrote a decade ago, or does she feel the pain all over again. She answered that she remembered how stressed out she was during the album’s release week because “Red” was such a departure from her previous country-pop that found herself experimenting with genres like dance-pop and dubstep.

“I was so focused on, like, ‘Is anyone gonna like it?’ And then I was also, at the time, honestly, really sad, because I’d actually gone through the stuff that I had sung about. But this time, I’ve just got, like, sunglasses on, and, like, a mojito, and it’s chill this time,” she said, throwing up a peace sign. “It’s really nice to be able to put this album out and not be sad, not be taking breaks between interviews to cry. I’m telling you, it’s much better this way.”

And finally, she said she hasn’t thought at all about how the people she was singing about 10 years ago might be feeling about the new album. Living well is the best revenge, right? 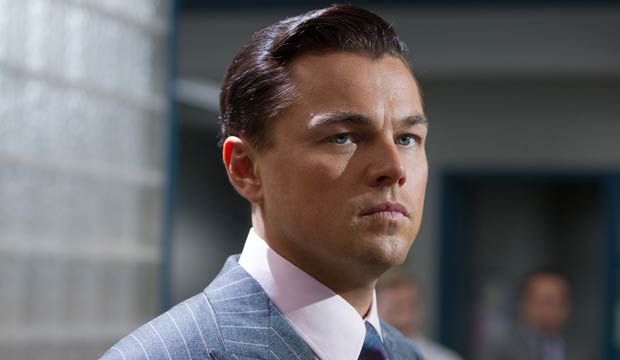