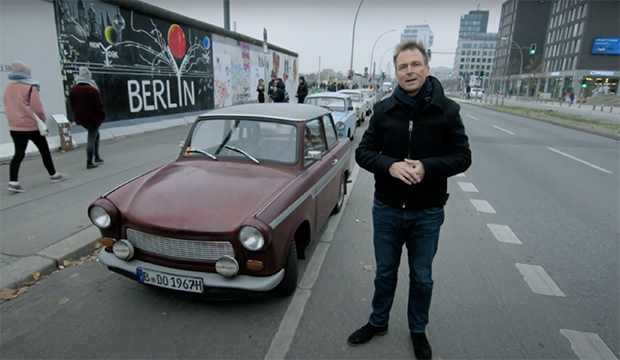 It’s been 11 months since “The Amazing Race” shut down production on Season 33 due to the COVID-19 pandemic, and unsurprisingly, it’s still TBD when production will resume.

“We are absolutely champing at the bit to get back out and shoot ‘The Amazing Race.’ I know [creators] Elise [Doganieri] and Bertram [van Munster] are definitely keen to get the team back together and for us to go,” Phil Keoghan said Wednesday during a virtual panel for his other CBS show, “Tough as Nails,” at the Television Critics Association winter press tour. “As far as when, I mean, if you have any inside information, please let me know. We’ve got to make sure the world is safe.”

“The Amazing Race” was one of the first shows to suspend production, doing so in late February after filming three episodes with stops in England and Scotland. While dozens of shows have resumed production with COVID protocols in place, it’s obviously a totally different beast with a globe-trotting series. “Safety is paramount. It’s No. 1. We have an impeccable safety record on ‘Amazing Race,'” Keoghan noted. “Keeping people safe is our No. 1 priority. We gotta get people out to make a TV show, but we want to get them home safely as well.”

SEE ‘The Amazing Race’s’ Will and James on their million dollar engagement: ‘No matter what place we came in, I was going to propose’

Keoghan was able to make a second season of “Tough as Nails,” which premieres Feb. 10, in COVID times. The production followed strict measures, sometimes reapplying seven times to get a challenge cleared. “Some shows get COVID clearance to shoot in one location; we had over two dozen,” he pointed out. The Emmy winner credits the production team for ensuring they got through the whole season without a single positive test.

“I think the cast agreed that they felt very safe,” he said. “With regards to safety and making sure everyone was healthy, it was our No. 1 priority, to make sure we got out of this COVID-free, and I’m very proud that we have done that.”