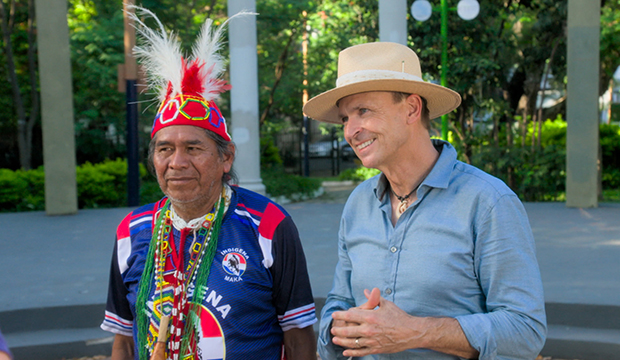 After shutting down production due to COVID-19, “The Amazing Race” will return sometime during the 2021-22 season, according to CBS.

Thom Sherman, the network’s senior EVP of programming, announced the news Thursday at the Television Critics Association summer press tour. “‘The Amazing Race’ will also be back this season,” he said, offering no additional details.

The Emmy-winning series, which just celebrated the 20th anniversary of its premiere on Sept. 5, had started filming the 33rd season when production was suspended in February 2020. At the time, it had three episodes in the can with stops in England and Scotland.

It’s unclear when production will restart. In June, host Phil Keoghan told Gold Derby that producers had devised a plan to safely resume filming around the world. “CBS wants us back on the schedule. They want us to come up with a plan,” he shared. “I think we have a plan that will work in this world that we live in. But the expectation from the network is that we get Season 33 finished and then we roll into more seasons again.”

“The Amazing Race” has been off the air since the Season 32 finale aired in December. That season itself suffered numerous delays, due to general scheduling and the pandemic, after wrapping production in December 2018, but the installment earned the show its 18th Emmy nomination for Best Competition Series, an honor it’s won a record 10 times. It’s currently in fifth place in our odds to win.