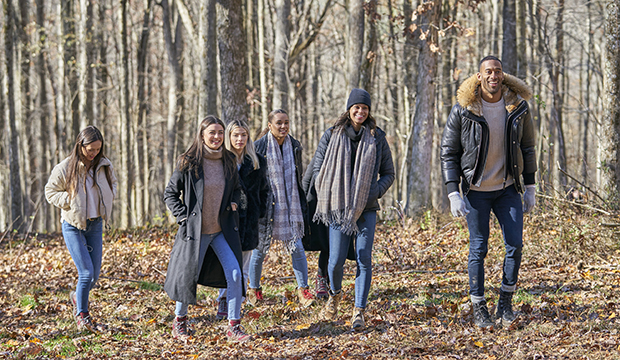 Season 23 contestant Heather Martin dramatically stirred the pot in the opening scenes of this week’s high-stakes episode of “The Bachelor.”

Stealing valuable time away from Pieper while a few ladies peeked through windows outside, Heather told Matt James how highly former “Bachelorette” Hannah Brown spoke of him and his heart. She felt the two would make a great match. Matt, stunned yet delighted, needed some time to process everything but enjoyed her boldness nonetheless. And due to Hannah’s influence, he was confident in at least considering adding Heather to the mix.

When Heather rejoined the ladies, she was quickly interrogated. She admitted she never met Matt before but was ready for engagement and marriage. “You’re just ‘Bachelor’-hopping,” Pieper said, before asking for an apology for being previously interrupted. “You walking in and interrupting my time when I was having a pretty important conversation is super uncalled for. I do not understand why you are here Week 6.” Sobbing, Heather offered a startling opinion about the reception she received. “I did not expect for them to come at me so hard and treat me like not worthy.” Honestly, what else did she expect?

Outside, Matt met with Chris Harrison to chat about Heather’s desire to enter the competition. He recognized Hannah’s “stamp of approval” carried a lot of weight and also said Heather checked off a lot of boxes in his eyes and he was willing to give her a chance. Returning inside to chat with Heather, Matt told her how important boldness and following one’s heart meant to him. However, due to the nature of the competition, with relationships already progressing deep into the process, he just didn’t think it would work. “If the circumstances were different it would be another conversation,” he said. “But I’m falling in love with women who are here and I just have to follow my heart. Time just isn’t on our side right now.” And with that, he asked Heather to leave. At the rose ceremony, Chelsea and Serena C. were eliminated.

The next day, some of the ladies took comfort in knowing Matt said he felt his future wife was still among them. Serena P. received the first one-on-one, which began with her and Matt in a tantric yoga session. Interestingly, Serena wasn’t as comfortable as Matt as the session grew more intimate. “[We’re] in sex-based yoga positions and Matt and I haven’t taken that step in our relationship yet,” she said. “This is not for me — not something I would have chosen for our date today.” When asked by Matt why she hated tantric yoga, Serena admitted she simply wasn’t an overly affectionate person, especially in public. “It was beyond my comfort zone,” she said.  At dinner, Serena stuck to her non-affectionate stance, even when Matt was seen caressing her hand which she did not reciprocate. Nonetheless, Matt said he was looking forward to meeting Serena’s family and he gave her a rose. “It’s a good feeling when you leave a long day with someone wanting more,” he said. “The more I’ve gotten to know about her I could 100 percent see myself falling in love with Serena.”

The group date consisted of Abigail, Bri, Kit, Michelle, Pieper and Rachael, who’s been at the center of controversy IRL the past week. Matt reminded them that hometowns were coming up, which was very important to him, and if there was anything significant worth sharing, now was the time to do so. Bri admitted she resigned from her position to be a part of the show. Early frontrunner Abigail hoped to make sure she and Matt had not stalled, asking him if he imagined a future with her. He admitted that since giving Abigail the first impression rose that he had developed stronger feelings with other women. He apologized and broke up with her on the spot, abruptly sending her home. “I feel like I’m just constantly the person that makes men realize what they want next but they never want that with me,” she said. “It’s just a hard pill I’m going to have to swallow.” At the end of the evening, Matt gave Rachael the rose, followed by a serenade by Aloe Blacc and the sight of the other ladies feeling sad and disappointed. In fact, shortly after, Kit stopped by Matt’s suite to tell him she didn’t have the clarity she needed to continue and she decided to leave.

Jessenia and Matt’s one-on-one began with a playful race car activity as professional drifter Tony Angelo, host on MotorTrend, guided the couple as they burned rubber in a parking lot. However, the tide turned over dinner. Matt didn’t feel an “intangible love” and connection with Jessenia that would result in an engagement, so he sent her home.

At the rose ceremony, Pieper was eliminated, solidifying the final four. Tune in next week as the families of Bri, Michelle, Rachael and Serena P. pay Matt a visit for what will surely be a revealing batch of hometown dates.