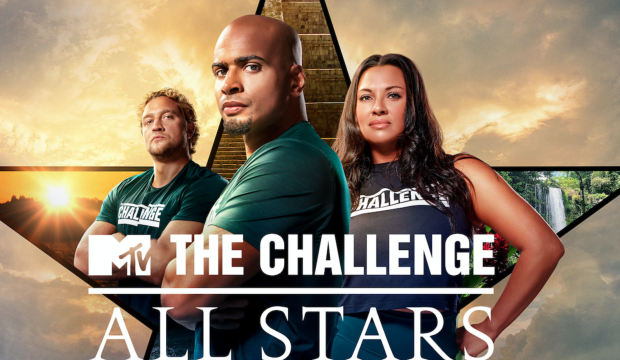 “The Challenge: All Stars” has been renewed by Paramount+ with the Season 2 premiere date set for Thursday, November 11. The second installment will feature 24 iconic OGs from the long-running MTV series competing for a grand prize of $500,000. Season 1 was won by Yes Duffy, who first appeared on MTV’s “Road Rules: Semester at Sea” in 1999.

The “All Stars” format started off as a pipe dream from Mark Long, a cast member of the original “Road Rules” in 1995 and a longtime competitor on “The Challenge.” After pitching the idea of reuniting old-school cast members on social media, Bunim/Murray Productions ran with Long’s idea and pulled him in as an executive producer along with Julie Pizzi, Justin Booth, Dan Caster and Leanne Mucci, with Jack Reifert as co-executive producer.

In addition to executive producing the series, Long competed in Season 1 of “The Challenge: All Stars,” placing fifth behind Yes, Darrell, Jonna and KellyAnne Judd. New episodes will drop exclusively on Paramount+ each Thursday beginning on November 11. The mothership series began airing Season 37 titled  “Spies, Lies and Allies” on MTV on August 11. Season 38 is expected to premiere in early 2022.

“The Challenge” has evolved since the first season aired in 1998 under the name “Road Rules: All Stars” and then “Real World/Road Rules Challenge.” Cast members were originally alumni from these two shows but a bigger net has been cast to include contestants who made their TV debut on “The Challenge” itself or other reality TV shows including “Are You the One?,” “Ex on the Beach,” “Geordie Shore” and “Big Brother.” As the series has progressed the challenges have become more complex and the cash prizes have increased significantly.

To date, Johnny “Bananas” Devenanzio has won the most money by raking in nearly $1.2 million. He has also competed in and won the most challenges of any cast member. Rounding out the top five cash earners are Ashley Mitchell, Jordan Wisley, Turabi “Turbo” Camkiran and Cara Maria Sorbello.