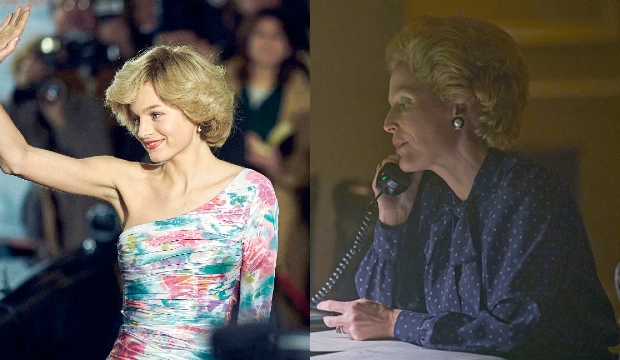 When the winners for the 78th Golden Globe Awards are announced Sunday, February 28 on NBC, one program is predicted to walk away with the most trophies: Netflix’s “The Crown.” According to Gold Derby’s racetrack odds, this regal drama will dominate the television side with a trio of wins for series, actress (Emma Corrin as Princess Diana) and supporting actress (Gillian Anderson as Margaret Thatcher). Scroll down to see all 2021 Golden Globes predictions by TV show.

A pair of series are forecasted to end the night with two trophies apiece: Pop’s “Schitt’s Creek” and Netflix’s “The Queen’s Gambit.” “Schitt’s Creek” is coming off an unprecedented sweet of the Emmy Awards, winning all of the top comedy trophies. Our odds-makers now think the departing laffer will find success at the Golden Globes for series and actress (Catherine O’Hara). “The Queen’s Gambit” is a relatively new limited series that hasn’t yet competed at the Emmys, but it should have a strong start to its awards prospects by taking home trophies for series and actress (Anya Taylor-Joy).

Another four programs are forecasted to receive one statuette each: drama series “Ozark,” comedy series “Ted Lasso” and limited series “I Know This Much Is True” and “Small Axe.” The winners, as determined by the Hollywood Foreign Press Association, will be revealed in a bicoastal ceremony with Tina Fey hosting from New York and Amy Poehler emceeing from Los Angeles.

Here are Gold Derby’s complete winner predictions by TV show in all 11 categories: