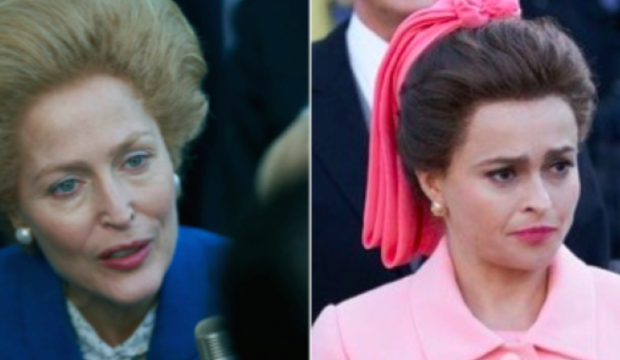 The Golden Globes are keen on “The Crown.” The first three seasons of the Netflix drama series, which chronicles the reign of Queen Elizabeth II, scored nine Globe nominations and won three (for Claire Foy, Olivia Colman, and Drama Series). Its critically-acclaimed fourth season looks poised to outpace itself, though, with our combined odds predicting a whopping seven bids when nominations are announced on February 3. Two of those nominations will come in TV Supporting Actress race.

Gillian Anderson currently leads our combined odds, with the majority of our experts and editors predicting her victory. Anderson’s uncanny performance as Margaret Thatcher stunned critics, with Melanie McFarland (Salon) calling her turn “nothing short of masterful” and Hank Stuever (Washington Post) applauding her as “devastatingly precise.” A Globes bid for “The Crown” would follow her four consecutive nominations for “The X Files,” for which she won in 1997, and one for the miniseries “Bleak House.”

Anderson could compete with herself in this catch-all category for her other Netflix series “Sex Education,” which is building momentum in the Comedy Series category, but it seems entirely unlikely that any member of the Hollywood Foreign Press Association (HFPA) would struggle to choose which of her two roles to award this season.

Helena Bonham Carter currently sits in fourth in our odds. Bonham Carter’s performance as Princess Margaret landed her a Globe nomination just last year—the eighth of her career—as well as Emmy and SAG nominations and a victory at the latter as a member of the ensemble. Though not nearly as flashy or substantive as Anderson’s performance, she still received warm notices for the fourth season: Allison Keene (Paste) says that “watching Bonham Carter work is a dream.”

Bonham Carter has yet to take home an individual trophy for “The Crown” and she’s overdue for a win at the Globes, so the HPFA may wish to award her before she passes the role onto Lesley Manville for the show’s final two seasons.