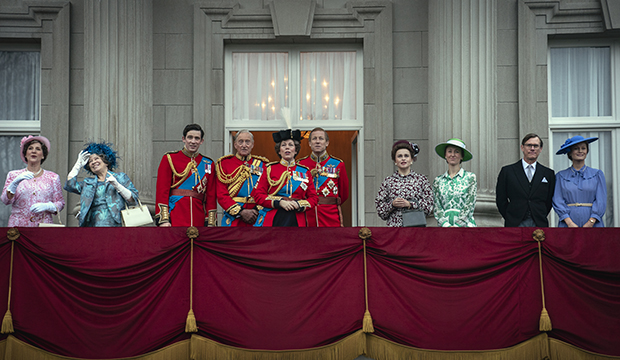 With six nominations, “The Crown” is the most nominated TV show at the Golden Globes, so it’s no surprise that it’s currently predicted to win Best Drama Series at 82/25 odds. Should that happen, the royal drama will carve out its own piece of Globes history. A victory would make “The Crown” the first drama to win non-consecutive Globes after a loss. Stay with me here. “The Crown” prevailed for its first season, lost for its second and third outings (to “The Handmaid’s Tale” and “Succession,” respectively) and is now nominated for its fourth. No former winner has lost and then won again.

“Lost” is key here. “The X-Files” is the only show to take home non-consecutive drama series Globes — but it never suffered a loss in between them. The sci-fi classic won its first Globe in the middle of its second season in January 1995, wasn’t nominated the next year, and then managed to return and win the next two years. It had a 3-0 record until it lost on its fourth and final nomination to “The Practice” in 1999.

The “X-Files” connections don’t end there for “The Crown.” Obviously Gillian Anderson, who nabbed a Globe for “The X-Files,” was on this season and is favored to win supporting actress for her turn as Margaret Thatcher. But “The Crown,” at the ancient age of 4 by Globe standards, would also be the category’s oldest champ since “The X-Files” to win for a non-final season. In the last decade, the final seasons of “Breaking Bad” (fifth season) and “The Americans” (sixth season) prevailed, but it’s rare for a show as “old” as “The Crown” to prevail in the middle of its run, as all winners the past two decades outside of the aforementioned two have been 3 years old or younger. “The X-Files'” final win occurred in the middle of its fifth season. “The Crown” is the oldest of this year’s nominees, with “Ozark,” competing for its third season, the next oldest, followed by sophomore smash “The Mandalorian,” and freshmen series “Lovecraft Country” and “Ratched.”

But in some ways “The Crown” is immune to age. It is a unique show as it cycles through new cast members every two years, so it feels like a new show when that happens. And between Olivia Colman‘s Best TV Drama Actress win last year — after predecessor Claire Foy triumphed for the same role — and the show’s six bids this year, its most ever in a single year, it’s clear that “The Crown’s” reign is not over yet.