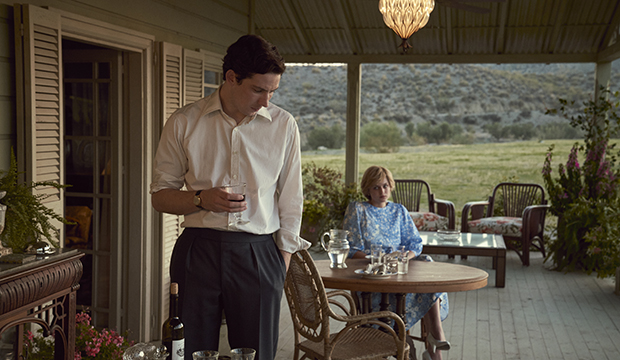 2021 may just be the year when “The Crown” rules everywhere. After winning Best Drama Series at the Golden Globes and Critics Choice Awards, the Netflix series will now set its sights on the drama ensemble honor at the Screen Actors Guild Awards. And this is one race that they’re probably not sweating too much since “The Crown” won last year and the SAG Awards love a good repeat champ in this category.

With a second straight victory, “The Crown” would be the ninth series to win multiple drama ensemble awards and the seventh to win all of them consecutively. “ER” four-peated from 1996-99 and its four wins remain a category record. “The West Wing” snagged back-to-back trophies from 2001-02 and then “Six Feet Under” followed suit from 2003-04. “Mad Men” scored bookends from 2009-10, as did “Boardwalk Empire” from 2011-12. “This Is Us” most recently pulled it off from 2018-19.

“The Sopranos” and “Downton Abbey” are the only two shows that didn’t win their statuettes consecutively. The former prevailed in 2000 and 2008, setting the longest gap between victories, while the latter has three wins, in 2013, 2015 and 2016, with “Breaking Bad” foiling its streak in 2014.

Circumstances are also shaping up to be in “The Crown’s” favor. Thanks to COVID-19 thwarting some of the usual suspects and high-profile contenders, “The Crown” was the only nominee from last year’s lineup eligible to return. It faces four shows that have never won the award before, including two new shows (though watch out for “Bridgerton” — it could prevail as the populist favorite a la “Stranger Things” in 2017).

Season 4 of “The Crown” was also highly acclaimed, seen as a return to form, with the introduction of Gillian Anderson‘s Margaret Thatcher and the early years of Princess Diana (Emma Corrin) and Prince Charles‘ (Josh O’Connor) tumultuous marriage. Anderson, Corrin and O’Connor have won Globes and Critics Choice Awards, and if the SAG Awards had lead and supporting TV categories, they’d probably all be collecting individual trophies. As it were, Anderson and Corrin are in the single drama actress category alongside co-star Olivia Colman and two other Netlix ladies, “Ozark’s” Laura Linney and Julia Garner; Anderson is predicted to win. O’Connor is expected to prevail in drama actor. If “The Crown” sweeps all three drama categories, it’ll be the sixth time that’s happened in SAG history.

PREDICTthe 2021 SAG Awards winners through March 30
SAG Awards odds for Best TV Drama Ensemble
Can 'The Crown' make it two in a row?