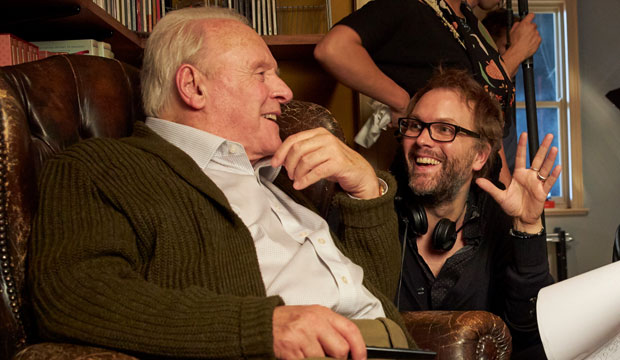 According to our Experts and users at Gold Derby as of this writing, “Nomadland” is the front-runner to win Best Adapted Screenplay at the Oscars with 16/5 odds. Currently in second place is “The Father” with 39/10 odds. However, the latter movie over-performed in nominations relative to our expectations, receiving six bids altogether (including Best Picture). So could “The Father” be a real threat to beat “Nomadland” for Best Adapted Screenplay?

SEEHow to Watch ‘The Father’

In “The Father,” Anthony (Anthony Hopkins) is an aging man who refuses assistance from his daughter, Anne (Olivia Colman), as he struggles with his progressing memory loss. And if you look at each of the six Oscar nominations the film received, Best Adapted Screenplay appears to be its best shot at a win.

In the combined predictions of thousands of Gold Derby users who have already placed their bets, “The Father” is currently ranked in seventh place, only above “Sound of Metal,” in Best Picture. Hopkins is looking better in the runner-up position in Best Actor, though the emotional impact of Chadwick Boseman‘s performance in “Ma Rainey’s Black Bottom” combined with the shock of his sudden death last August might be too big to overcome. Colman just won Best Actress two years ago for “The Favourite,” so voters may not be in a rush to award her again so soon for Best Supporting Actress; in fact, she’s currently ranked fourth in that category, above Amanda Seyfried for “Mank.”

For Best Film Editing, “The Father” is ranked in fourth place above “Promising Young Woman.” And despite being the only other Best Picture nominee besides “Mank” recognized for Best Production Design, it is also in fourth place there, above “Tenet”; since the entire academy votes for winners and not just production designers who are intimately familiar with the craft, the set work in “The Father” might be seen as too subtle compared to the other nominees (especially given the much showier work in “Mank”).

As for Best Adapted Screenplay, Chloé Zhao may have already won the Critics Choice and USC Scripter Awards in this category for “Nomadland,” but neither of those groups overlap with the academy. And neither of them have correctly forecast the eventual Oscar winner since “Call Me by Your Name” in 2017. In 2018, Barry Jenkins won Critics Choice for “If Beale Street Could Talk” while Debra Granik and Anne Rosellini won the USC Scripter for “Leave No Trace.” Yet the Oscar went to “BlacKkKlansman,” which gave filmmaker Spike Lee his first competitive win. Last year, Greta Gerwig won both Critics Choice and USC Scripter Awards for “Little Women,” yet the Oscar went to the WGA and BAFTA winner, Taika Waititi for “Jojo Rabbit.”

With Zhao in a strong position to win Best Director, academy members may want to spread the wealth by giving Best Adapted Screenplay to “The Father.” The film could also be helped by the fact that Florian Zeller not only wrote the script (in collaboration with Christopher Hampton), adapting it from his own stage play, but also directed the movie as well, which is a rarity. Plus, with the absence of “Ma Rainey’s Black Bottom,” there are only two stage-to-screen transfers in contention: “The Father” and “One Night in Miami”; unlike “Miami,” “The Father” is a Best Picture nominee, giving it the advantage between the two if voters are especially impressed by the achievement of translating a theatrical production to the cinematic medium.

WGA won’t be helpful in clarifying this race: “The Father” and “Nomadland” aren’t nominated there because they were deemed ineligible. However, they are both nominated for Best Adapted Screenplay at the BAFTAs. So if one of them wins over there, then that may tell us who the favorite is at the Oscars. “Nomadland” is vulnerable in general due to it not being a very dialogue-driven script. Meanwhile, “The Father” could have an advantage at BAFTA especially due to that film being a British production. It doesn’t hurt that co-screenwriter Hampton is a previous winner over there (and at the Oscars) for “Dangerous Liaisons” (1988). From there, the Academy Award could be well within reach.