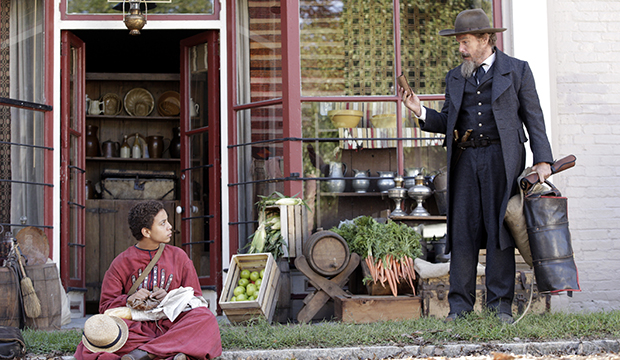 “The Good Lord Bird” currently sits in eighth place in our combined TV odds to earn a bid for Best TV Movie/Limited Series at the Golden Globes, but are we underestimating the historical drama from Showtime? Its star Ethan Hawke is comfortably in second place for a Best TV Movie/Limited Series Actor nomination and stellar reviews could lead one to believe it’s a lock for a series nod as well. The Hollywood Foreign Press loves a fact-based storyline and “The Good Lord Bird” seems to have all the ingredients to play spoiler.

Another tea leaf is the strength of Hawke as a leading man. His 4/1 odds put him in serious contention to win his first Golden Globe and we know that acting nominations often go hand in hand with a series nom. In 2020, four out of the five TV movie/limited series nominees had a lead actor competing as well. As it stands, only two actors among our top 10 have a film or limited series ranked in the top five: Hugh Grant in “The Undoing” and Paul Mescal in “Normal People.”

In addition, Globe voters have generally favored stories that retell history, even with embellishments. Seven out of the last 10 winners in this category have been movies or limited series based on true events: “Carlos” (2010), “Game Change” (2012), “Behind the Candelabra” (2013), “Wolf Hall” (2015), “The People v. O.J. Simpson: American Crime Story” (2016), “The Assassination of Gianni Versace: American Crime Story” (2018) and “Chernobyl” (2019). Currently just “Mrs. America” and the loosely fact-based “Unorthodox” check that box among the predicted nominees.

“The Good Lord Bird” is told from the perspective of a slave, Henry (Joshua Caleb Johnson), who ends up in John Brown’s (Hawke) gang and is mistaken for being a girl. Brown led an armed raid against the U.S. Armory in Harpers Ferry, Virginia (now in West Virginia), in 1859 in the hopes of starting an uprising of American slaves against the institution. While the raid was unsuccessful (with Brown ultimately being executed for treason and murder), many historians view Brown’s actions as a key moment in the lead-up to the American Civil War. Will this saga, which Hawke co-created, co-produced and co-wrote, rise up and snag a bid for Best TV Movie/Limited Series? 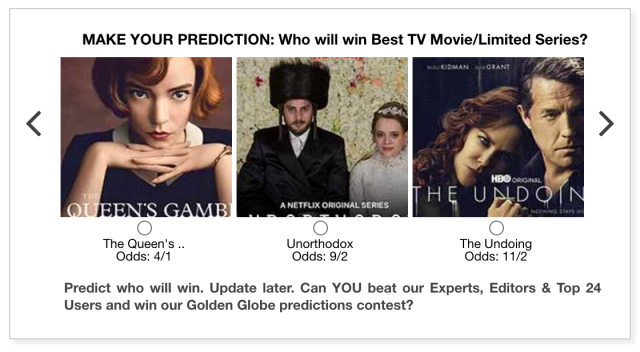