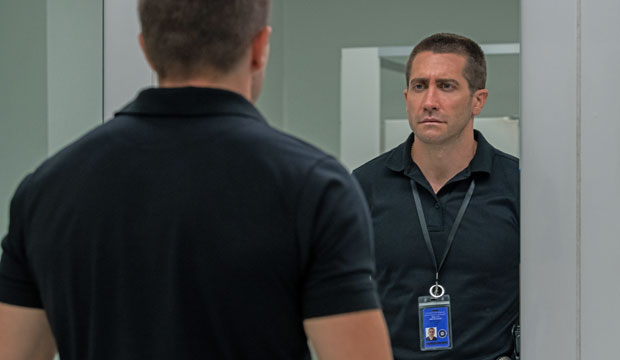 Netflix‘s “The Guilty” opened in theaters on September 24, followed by an October 1 release on the streaming service. Remade from a 2018 Danish film by Gustav Möller, it’s a contained thriller directed by Antoine Fuqua (“Training Day”) and starring Jake Gyllenhaal as a 911 operator racing to save a caller who’s in danger. But how does it compare to the film on which it’s based? Let’s take a lot at some “The Guilty” reviews.

As of this writing it has a MetaCritic score of 64 based on 33 reviews counted thus far: 19 positive and 14 somewhat mixed, but none outright negative. Over on Rotten Tomatoes, which classifies reviews simply as positive or negative, the film is currently rated 72% fresh based on 114 reviews: 82 counted as fresh, 32 counted as rotten. The RT critics’ consensus says, “‘The Guilty’ is another Americanized remake overshadowed by the original, but its premise is still sturdy enough to support a tense, well-acted thriller.”

Indeed, the original film scored 83 on MetaCritic and 98% freshness on Rotten Tomatoes, giving it a decisive edge where critics are concerned, and you’ll be able to make that comparison for yourself since the Danish version currently streams on Hulu. But the Netflix remake nevertheless features “an absolute beast of a performance” by Gyllenhaal, according to one review. It’s Fuqua’s “best film since ‘Training Day,'” which won Denzel Washington an Oscar for Best Actor.

The director is “reliable” when it comes to crafting “tense and measured films” exploring “complicated” morality. And beyond the addition of Gyllenhaal, the filmmaker “doesn’t try to fix anything that wasn’t broken” in the first telling of this story, though despite the film’s limited scope it’s also being accused of “wild-eyed excess” compared to the Danish version. Will you be seeing the film in theaters or on Netflix? Check out a few of the reviews below, and join the discussion on this and more with your fellow movie fans here in our forums.

Rodrigo Perez (The Playlist): “Fuqua’s minimalist remake of the 2018 Danish thriller of the same name is his best film since ‘Training Day,’ and Gyllenhaal delivers an absolute beast of a performance. Of course, Fuqua’s best film of the past decade is ‘Southpaw,’ another drama that also features Jake Gyllenhaal in the leading role. The through-line of all three films is a lack of emphasis on spectacle and scale and a premium placed on emotion and humanity.”

Sarah-Tai Black (The Globe and Mail): “Fuqua and screenwriter Nic Pizzolatto (of ‘True Detective‘ fame) offer up a study of taut austerity with ‘The Guilty,’ favoring close-up shots of the anguish that etches itself across Gyllenhaal’s face, and enclosed settings that deprive both the viewer and Baylor of crucial information. Fuqua is reliable in his continued ability to craft tense and measured films for broad audiences looking for complicated tales of morality.”

Jessica Kiang (Los Angeles Times): “Fuqua’s faithful reworking, given a gloss of L.A. relevance by screenwriter Nic Pizzolatto, does lean heavily into the one pleasure Möller’s film couldn’t boast: Gyllenhaal, glaring and growling, cracking up and breaking down, gasping down lungfuls of Ventolin the way a man underwater might suck on a snorkel … beyond the addition of Gyllenhaal, it doesn’t try to fix anything that wasn’t broken in the first place.”

Leah Greenblatt (Entertainment Weekly): “‘Guilty,’ for all its wild-eyed excess, does find some blunt-force propulsion for a while, particularly if you’re coming to it new. But the movie seems to mistake the taut minimalism of the original for something that needs to be goosed and adrenalized, a thriller on constant defibrillator.” 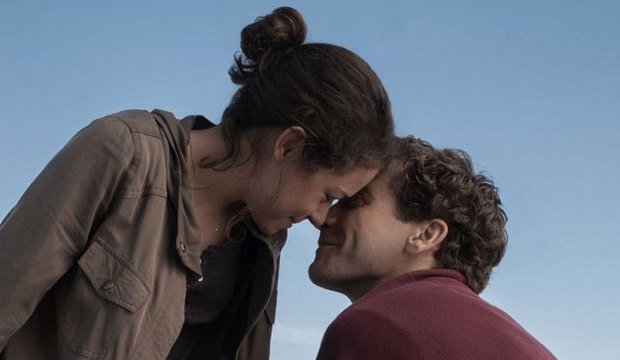