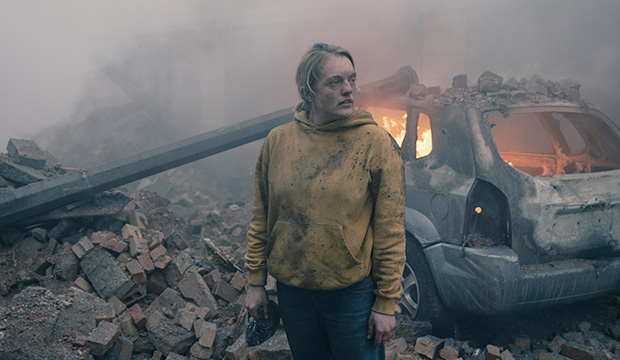 Elisabeth Moss earned back-to-back Emmy nominations in 2017 and 2018 for Best Drama Actress for her portrayal of June Osborne in Hulu’s bleak but critically acclaimed adaptation of Margaret Atwood’s best-selling dystopian novel “The Handmaid’s Tale.” She prevailed that first year but lost to Claire Foy of “The Crown” in the second. And after the series was only eligible in individual achievement categories with its orphaned Season 2 episodes at the 2019 Emmys, she fell off the ballot in 2020 despite the fact the show received a nomination for Best Drama Series. With the show back in contention this year for its fourth season, and with a wide-open drama field, can Moss find her way back into the competition?

A former Emmy favorite during her tenure on “Mad Men” and a limited series actress nominee for her performance in “Top of the Lake,” Moss is doing some of the best work of her life on “The Handmaid’s Tale” even if the fervor surrounding the series has died down a bit as it’s aged. In addition to leading the show in front of the camera, she has also directed three episodes of the current season. Further bolstering her Emmy chances, she also has a standout moment involving an extended and emotionally taxing monologue in an upcoming episode that will be sure to have people talking. It could easily set her apart from the rest of the pack.

But earning nominations isn’t just about what one person does onscreen. It’s also about what everyone else is doing too, and the fact that COVID-19 disrupted the production timeline of a number of shows means the drama actress field is a bit more open than it has been in years past. The reigning champ in the category, Zendaya (“Euphoria”), is ineligible this year, as are 2020 nominees Jennifer Aniston (“The Morning Show”), Jodie Comer (“Killing Eve”), Sandra Oh (“Killing Eve”) and Laura Linney (“Ozark”). This means that five of the six slots from last year are now open, which could make it very easy for a former winner like Moss who has been well liked by the academy in the past to slip back into the race. It wouldn’t be the first time it’s been done either. “The Good Wife” star Julianna Margulies missed out on a Best Drama Actress nomination in 2013 after being nominated in 2010, winning in 2011, and being nominated again in 2012. She returned to the race in 2014 and actually won her second Emmy for the role.

As it stands right now, Moss is in third place in Gold Derby’s combined drama actress odds, behind “The Crown’s” Emma Corrin, who recently won the Golden Globe and Critics Choice Awards for her portrayal of Diana, Princess of Wales, in the Netflix royal drama, and Corrin’s co-star Olivia Colman, the only eligible returning nominee, who portrays Queen Elizabeth II. Trailing Moss are Jurnee Smollett (“Lovecraft Country”), Uzo Aduba (“In Treatment”) and Phoebe Dynevor (“Bridgerton”). With an exceptional resume that shows off her many talents and a less competitive drama field overall, Moss seems poised to easily reenter the race, proving that 2020 is truly in the past.