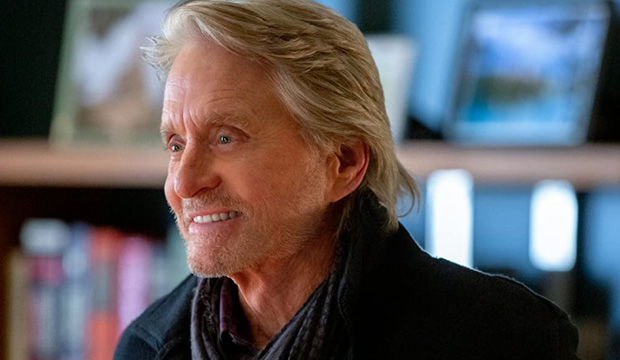 At this year’s Emmy Awards, the final season of Netflix’s “The Kominsky Method” went out on a nominations high, earning six bids for its last six episodes. The Chuck Lorre series hopes to maintain that momentum at the upcoming Screen Actors Guild Awards, where it will be eligible for the last time. Though the competition among comedy series has only heated up since the summer, “Kominsky” looks right on the cusp of some farewell nominations.

According to our current combined odds, “The Kominsky Method” and its leading man Michael Douglas, who plays title character Sandy Kominsky, are both in sixth place in Comedy Ensemble and Comedy Actor, respectively. Those nominations would not be surprising, as the show has earned bids in those categories for both of its prior seasons, though it has not taken home a SAG trophy yet. In Ensemble, it trails former nominee “Ted Lasso,” new shows “Hacks” and “Only Murders in the Building,” returning contender “The Great,” and would-be first-time nominee “What We Do in the Shadows.”

Though “Kominsky” doesn’t crack our top five in any category, we shouldn’t underestimate the series, not only because of its past successes, but also because of how much SAG voters like Netflix. Since Netflix premiered its first originals in 2013, the streamer has earned at least one Comedy Ensemble bid every year: “Arrested Development” in 2013; “Orange Is the New Black” in 2014, 2015, 2016, winning all three times; “Orange” and “GLOW” in 2017; “GLOW” and “Kominsky” in 2018; “Kominsky” in 2019; and “Dead to Me” in 2020. Our currently predicted line-up snubs Netflix in the category after eight years of consecutive nominations, which means we’re probably giving “Kominsky” short shrift. Netflix series “Cobra Kai” and “Sex Education” also make our top 10, so one of those could also be a spoiler.

If “Kominsky” does over-perform our expectations, we could see an even bigger surprise nomination in Comedy Actor, with Douglas being joined by his costar Paul Reiser. Reiser joined “Kominsky” in the second season as Martin, the unexpected love interest of Sandy Kominsky’s daughter Mindy (Sarah Baker). Though Arkin stole the show as the second lead with Douglas and earned SAG and Emmy nominations for the performance, Reiser could step into Arkin’s slot. He did just that at the Emmys this year: 22 years after his last nomination for “Mad About You,” Reiser earned an Emmy bid for “Kominsky.” Reiser trails our predicted five nominees by a large margin, but he cracks our Top 25 contenders.

And though she inexplicably missed out on an Emmy nomination, Kathleen Turner could be the biggest surprise of SAG nominations morning if she pulls off the bid for her pivotal role in the final season. In Arkin’s absence, the series brought Turner back as Sandy’s ex-wife Roz after she made a very brief but memorable cameo in the second season. Turner was truly the heart and soul of the final season, first for her hilarious but loving barbs lobbed at Sandy, and then her devastating arc in the final few episodes. It looks like an uphill battle for the beloved, Oscar-nominated actress. To score the nomination, she’d have to bump Jean Smart (“Hacks”), Hannah Waddingham (“Ted Lasso”), Elle Fanning (“The Great”), Issa Rae (“Insecure”), or Sandra Oh (“The Chair”), plus strong spoilers like Selena Gomez (“Only Murders in the Building”). Turner doesn’t have a single SAG bid on her resumé, though, and with SAG voters clearly keen on this series from the get-go, it could be just the vehicle to bring her her first bid.