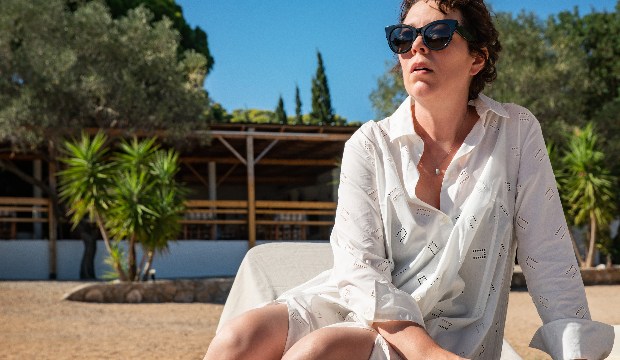 Netflix’s “The Lost Daughter” won four out of the five categories it was nominated for at the Gotham Awards on Monday night, November 29. The ceremony, honoring the best in independent filmmaking and television, streamed live on YouTube and Facebook from Cipriani Wall Street in New York City. Check out the complete list of winners here.

“Lost Daughter” stars Olivia Colman as Leda, who becomes obsessed with a young woman and her daughter while on holiday and must confront her own past experiences as a mother. It won the awards for Best Feature, Breakthrough Director and Best Screenplay for first-time filmmaker Maggie Gyllenhaal, and Best Lead Performance for Colman (who tied for that award with Frankie Faison for “The Killing of Kenneth Chamberlain”).

What’s especially impressive about that sweep is that every Gotham Awards category was decided by a completely different jury of five industry insiders, so they all reached their conclusions independently. The only category “The Lost Daughter,” well, lost was Best Supporting Performance, where Jessie Buckley was bested by Troy Kotsur from “CODA.” Kotsur’s on-screen daughter Emilia Jones claimed the Breakthrough Performer prize.

Among the prizes for television, Netflix won again, claiming Breakthrough Series (Over 40 Minutes) for its international phenomenon “Squid Game,” while the acclaimed “Reservation Dogs” took home Breakthrough Series (Under 40 Minutes). The jury for the TV performance award also selected two winners: Ethan Hawke (“The Good Lord Bird”) and Thuso Mbedu (“The Underground Railroad”), both of whose projects explore the history (real and imagined) of American slavery. What did you think of the Gotham selections?