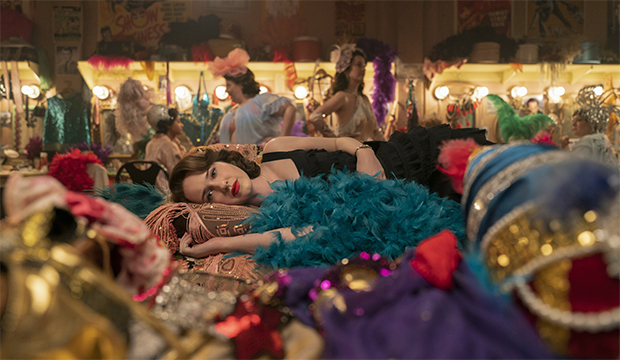 “The Marvelous Mrs. Maisel” is back! Well, almost.

Amazon Studios has just released official teaser photos from the highly anticipated fourth season of the award-winning series. In the first look image above, we see Midge (Rachel Brosnahan) glammed up in what looks like a backstage dressing room. In the picture below, Midge’s parents (Tony Shalhoub and Marin Hinkle) are enjoying a casual dinner in their New York City apartment. 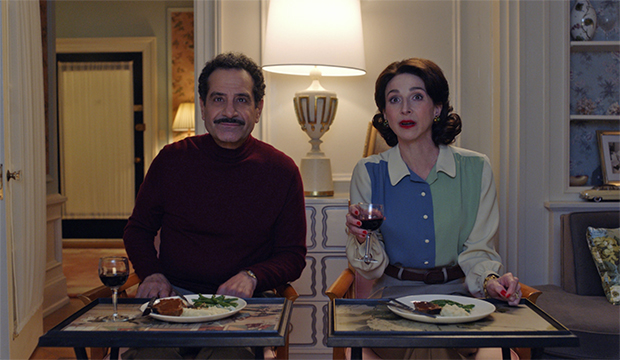 So, what’s next for the aspiring comic? It’s been nearly two years since fans of “The Marvelous Mrs. Maisel” were left with the cliffhanger Season 3 finale in which Midge was fired from her gig as Shy Baldwin’s (Leroy McClain) opening act. After nearly outing the closeted singer, Midge was dropped from the tour when Shy’s manager, Reggie (Sterling K. Brown), fired her and left her stranded at the airport. Season 4 will likely show Midge picking up the pieces of her struggling career.

Since premiering on Amazon Prime Video in 2017, “The Marvelous Mrs. Maisel” has been one of the streaming platform’s most acclaimed series. The comedy has won 20 Primetime and Creative Arts Emmy Awards including Best Comedy Series (2018) and acting wins for Brosnahan (2018), Shalhoub (2019), Alex Borstein (2018, ’19), Luke Kirby (2019) and Jane Lynch (2019). Creator Amy Sherman-Palladino became the first woman to win Emmys for comedy writing and directing for the series pilot.

Amazon Studios has yet to reveal the official premiere date for Season 4, but a trailer is expected to debut soon. The COVID-19 pandemic delayed filming and stalled the series one year longer than expected. Although roles haven’t been clarified, fans can expect more exciting guest stars to appear in the upcoming season. Filmmaker and actor John Waters was photographed on set earlier this year. “Gilmore Girls” alumni Milo Ventimiglia and Kelly Bishop have also been confirmed for guest-starring roles.