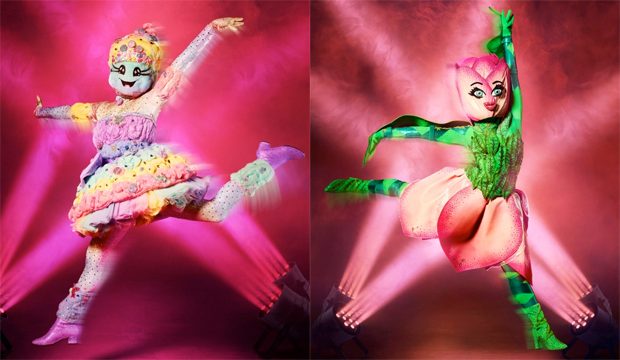 According to Gold Derby’s official predictions for “The Masked Dancer” Season 1 finale, the contestant who has the best chance of winning the Diamond Mask trophy is Cotton Candy. She has leading 17/5 odds from our readers, far ahead of Sloth’s 16/1 odds and Tulip’s 22/1 odds. However, things are much different when we asked fans to vote for who they’re personally rooting for to win. Tulip topped our recent poll with 51% support, more than double the results of her colorful counterparts. Do you agree with your fellow viewers’ assertions that Cotton Candy WILL win, but Tulip SHOULD win?

Here’s a closer look at our poll results for which celebrity hot-stepper has the rooting factor among “TMD” fans:

The Season 1 finale will take place Wednesday, February 17 on Fox, with all three contestants set to give it their all in front of a virtual audience and panelists Ken Jeong, Paula Abdul, Ashley Tisdale and Brian Austin Green.

The road to the Diamond Mask has already resulted in seven celebrities being forced to unmask in front of America: Ice-T as Disco Ball, Bill Nye as Ice Cube, Elizabeth Smart as Moth, Brian McKnight as Cricket, Vinny Guadagnino as Hammerhead, Jordin Sparks as Exotic Bird and Oscar De La Hoya as Zebra. Of these seven, the judges were most shocked by the reveals of Ice-T and Vinny, as they’re the only two contestants who weren’t named in the final rounds.

Who might be hiding underneath the final trio of costumes? Let’s take a closer look at the panelists’ various name-drops so far: