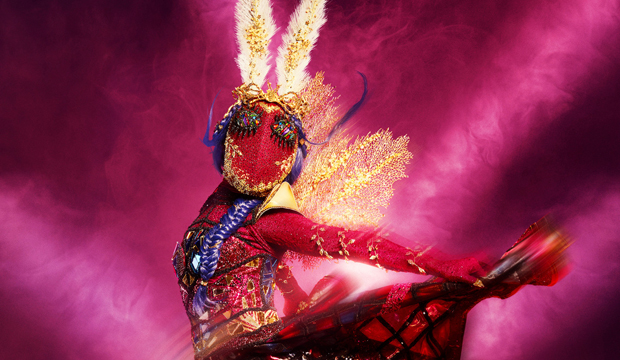 Group B made its big debut last week on “The Masked Dancer,” and now we’ll be seeing them again this week. That’s right — it’s the Group B playoffs on Wednesday, January 13! The remaining four hot-steppers (Cotton Candy, Moth, Sloth and Zebra) will take the stage in front of a virtual audience and the panel of super-sleuths. One by one they’ll perform their hearts out, but at the end of the episode the contestant with the lowest number of votes will be forced to unmask in front of America.

SEECotton Candy leaps into ‘The Masked Dancer’ top 2, but who’s predicted to beat her?

The last time this second group performed on January 6, Ice Cube lost the vote and was revealed to be Bill Nye the “Science Guy.” Who do YOU think will be heading home during the Group B playoffs, titled “These Masks Don’t Lie”? Make your predictions right now at Gold Derby.

Season 1 of Fox’s wild and wacky reality TV show began with 10 contestants spread out across two groups: Cricket, Exotic Bird, Hammerhead, Tulip and Disco Ball from Group A and Cotton Candy, Moth, Sloth, Zebra and Ice Cube from Group B. Disco Ball and Ice Cube have both been eliminated, which leaves only the Top 8. When there are six contestants still in the game, they’ll combine together into a single super group.

The panel of “The Masked Dancer” judges (Paula Abdul, Ken Jeong, Ashley Tisdale and Brian Austin Green) have a mixed track record so far on guessing the secret celebrities’ identities. Ken leads with one correct guess — he named Bill Nye as Ice Cube after his silly “Bad Romance” routine. Meanwhile, the other judges are still hoping for their first points. Don’t worry, guys, it’s still quite early in the competition.

SEE Shocker! Ken Jeong is first ‘The Masked Dancer’ judge to put forth a correct guess

So who’s performing tonight (January 13) on “The Masked Dancer”? Here’s your preview for the four secret celebrities that’ll give it their all in front of America:

Sloth
Round 1 performance: “What I Like About You” by The Romantics
Round 2 performance: TBA
Panelists’ guesses: Matthew Morrison, Kevin Federline, Jason Derulo