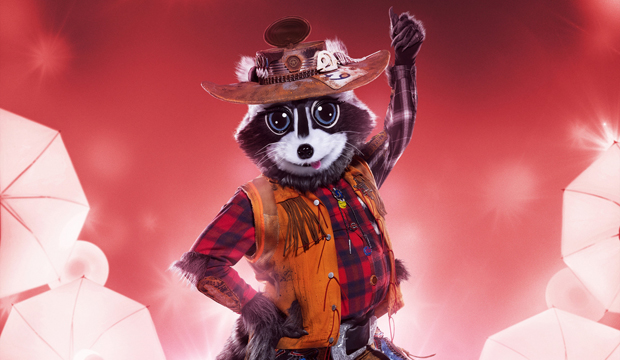 Has Raccoon’s time on “The Masked Singer” come to an end? That’s what the majority of Gold Derby’s readers think, as the furry little critter has leading 57/20 odds of returning to his garbage can at the end of this week’s third episode. Raccoon will face off against fellow Group A members Robopine, Russian Dolls and Seashell on Wednesday, March 24. After all four costumes give it their all on the stage in front of a virtual audience and panelists Robin Thicke, Jenny McCarthy, Nicole Scherzinger and Ken Jeong, the one with the lowest number of votes will be eliminated.

Our racetrack odds are derived from the predictions made by “The Masked Singer” fans around the world — people like YOU who chime in each week with their new picks. Here’s a closer look at the Episode 3 elimination predictions for this week’s eligible contestants:

Also keep in mind that this is the week we’re supposed meet our first “wild card” contestant. Reportedly, whichever regular costume receives the lowest number of votes will have to face off against a mystery guest who is trying to take their place in the competition. Find out how the “wild card” twist plays out during the March 24 episode.

Raccoon first took the stage during the season premiere and made a serious impression on the judges — not with his voice, but with his wild personality. “I loved it because he didn’t follow script so you’re on the edge of your seat,” noted Robin after watching the sheriff rodent’s initial performance of “Wild Thing” by The Troggs. “And that’s entertainment at its finest.” Re-watch Raccoon’s performance right now.

Here is how Raccoon describes himself in his own words: “Sometimes to get the happy ending you have to go through hell first. In my darkest days, I faced death. Desperate to stay sane, I recited my favorite story, ‘The Hunchback of Notre Dame.’ I was Quasimodo, locked away. Only difference is that he was innocent, and I was actually a monster. I promised God that if I got a second chance in life, I’d only do good. And I’m still fulfilling that promise to this day.” Do YOU think he’ll be unmasked on Wednesday night?